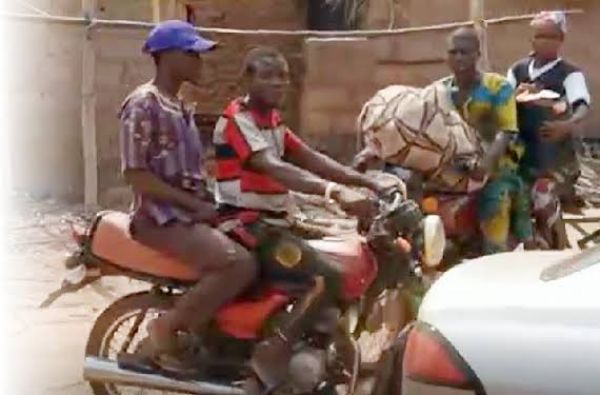 No fewer than 28 lives have been lost in various communities in Yewa North Local Government Area, Ogun State in the last one week or thereabout as a result of deadly attacks believed to have been carried out by herdsmen. The attacks and the resultant deaths were in spite of repeated assurances of protection by the state government and security agencies.

Hostilities between herdsmen and residents of about 29 agrarian communities in the aforementioned part of Ogun State dates back to as far as 15 years. The affected villages had been attacked in recent times by terror herdsmen who were said to have camped at Eggua, a neighbouring town from where they moved with their hordes of cattle, ravaging farmlands within the Ketu-Yewa communities, which share borders with the Republic of Benin.

The armed herdsmen, who usually lead their flock in search of pastures because of the rich vegetation in the Ketu-speaking villages, have also been fingered in the destruction of cash crops belonging to the native farmers as well as killings and raping of women who are mostly natives of the communities.

The face-off peaked late last year when residents prevented the herders from grazing and banished them from the communities.

The Nation had exclusively reported how some soldiers attached to 35 Artillery Brigade, Alamala, Abeokuta, later escorted the herders to the villages and openly flogged residents for rejecting them.

In a bid to discountenance the report, the soldiers again visited the communities a week after the story was published asking the victims to recant, but the brutalised residents refused.

Prompted by the spate of attacks, many villagers from the affected areas have deserted their homes. Some of the affected villages include Agbon-Ojodu, Moro, Asa, and Ibeku.

When our correspondent visited the area during the week, residents were seen moving out in droves for fear of another round of attack. At Asa, the ruins of the bloody attack stared one in the face as a few of the residents who came out of hiding on sighting our correspondent lamented their woes.

Some bullet cartridges allegedly belonging to the herders littered the ground.

A man was sighted moving his family on his motorbike out of the village. The man, who asked not to be named, said he was moving his family into safety at an undisclosed community in neighbouring Republic of Benin.

He said: “I only escaped death by a whisker. But for Providence, I would have been dead by now. I don’t want to push my luck too far, so I have decided to relocate my wife and children to a village in the Republic of Benin where herdsmen are not allowed to do open grazing.

”Even if I stay back here, there is nothing to live on again. My farmland has been destroyed by these marauding herders. I am happy that I am leaving with my life intact.”

A villager said the herders embarked on a shooting spree as soon as they stormed the community in a commando-like fashion, killing people and destroying properties worth millions of naira.

He said: “After killing our people, they broke into residential buildings, stole their belongings and looted shops. They raided a phone shop, carted away several expensive phones and set the shop ablaze. A lot of our people have left for villages in Benin Republic for fear of being subjected to another attack by the mindless herdsmen.

”They brought out Gbadamosi aka Big Daddy from his house and killed him before setting his body ablaze. As you can see, his huge body has become charred from the fire.”