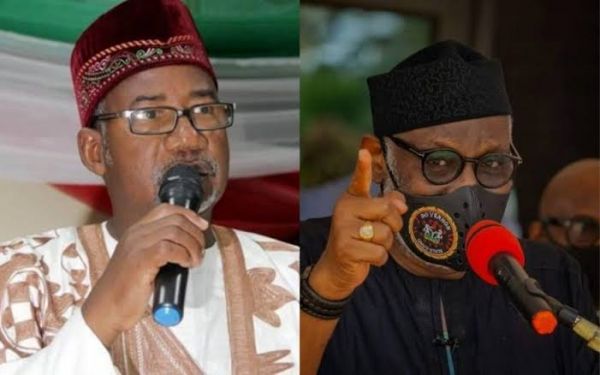 Bauchi State Governor, Bala Mohammed, says Nigerians don’t need the permission of any governor to reside in any part of the country.

Mohammed and Rotimi Akeredolu, his Ondo State counterpart, have been in the news over the farmers-herders crisis.

Akeredolu had given herders who are “occupying Ondo forests illegally” an ultimatum to leave. He also banned underage grazing, night grazing, and movement of cattle within the cities and on highways.

But Mohammed faulted Akeredolu’s directives, saying it would be inappropriate to label an entire tribe as criminals, based on the crimes of a few members of the ethnic group.

Speaking when he featured on Channels Television on Friday, Mohammed said, “Land is in the hands of the state and federal governments in trust but Nigerians don’t need the permission of governors or the federal government to settle everywhere. You don’t need the permission of the governor of Bauchi or the governor of Ondo to be in the forests of Ondo if you choose to live in the forests because under Section 41 of the constitution, you are free to settle anywhere.”

Akeredolu had earlier criticized Mohammed for defending the use of arms by herders after the governor said herders carry weapons because they need to protect themselves.

Describing the comment as careless and despicable, the Ondo state governor said Mohammed had encouraged all other Nigerians to carry arms.

“We read with dismay, the outburst in the purported statement by the Bauchi state governor. We are persuaded to believe he didn’t make that statement,” Akeredolu had said in a statement Donald Ojogo, the commissioner for information and orientation, issued on his behalf.

“If indeed he made that statement and owns up to its contents, it then means that the Bauchi state governor has declared on behalf of the federal government, an executive order which now allows all Nigerians, herdsmen inclusive, to carry prohibited firearms like assault rifles for self-defence.

“That is exactly what the governor has done and displayed by his conduct which brazenly depicts that whether other Nigerians like it or not, herdsmen must carry AK 47 for self-defence while other non-Fulani herdsmen must remain unarmed to be perpetual victims of arms wielding bandits.

“By that statement, the governor has in one breath, agreed that indeed Fulani herdsmen carry AK 47 and at the same time encouraging all to do likewise.

Former Head of State, Abdulsalami Abubakar, had asked governors to be mindful of their comments so as not to plunge the country into crisis.