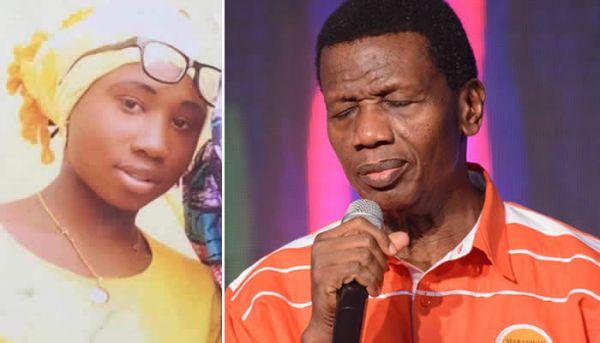 On the occasion of the third year of the abduction of Leah Sharibu by Boko Haram in Dapchi,Yobe  State, General Overseer of the Redeemed Christian Church of God (RCCG), Adejare Adeboye, yesterday issued a fresh directive to all pastors of the church across the world ”not to stop but to intensify their prayers” for  her  release.

He also asked “every parent all over the world to use whatever influence they have to ensure that Leah Sharibu as well as other children in captivity are released.”

“We shall not relent in our prayers,” he said in a statement yesterday.

Leah Sharibu was abducted on February 19, 2018 along with over 110 other students of Government Girls’ Science and Technical College (GGSTC), Dapchi.

But while the other abductees were let off after a few hours, they have refused to release Leah because she refused to renounce Christianity.