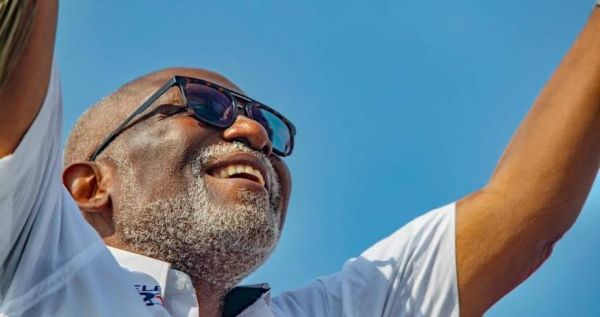 The second term inauguration ceremony of Rotimi Akeredolu as governor of Ondo State will be attended by only 500 persons due to the prevailing Covid-19, the inauguration committee has said.

The venue of the event, scheduled for Wednesday, February 24, is the International Culture and Event Center, Igbatoro Road, Akure, which ordinarily sits 1,800 persons.

Chairperson of the inauguration committee and deputy governor -elect, Lucky Aiyedatiwa, told journalists in Akure on Friday that the inauguration and all the ancillary activities would be low-key, due to prevailing economic situation in the state.

Akeredolu was re-elected governor of the state on October 10, 2020, on the platform of All Progressives Congress, defeating Peoples Democratic Party candidate, Eyitayo Jegede, and current Deputy Governor, Agboola Ajayi, who contested on the platform of Zenith Labour Party.

Akeredolu will take the oath of office next week, despite his re-election being challenged by Jegede.

Jegede is asking the governorship election tribunal to declare him winner and nullify the election of Akeredolu on the grounds that the latter was not validly nominated.

He is also asking the tribunal to consider the pockets of violence that marred the election in several local governments in reaching its decision.

But Akeredolu and his team of counsels have written off the petition against the governor, saying the grounds on which the petition was filed had no substance.