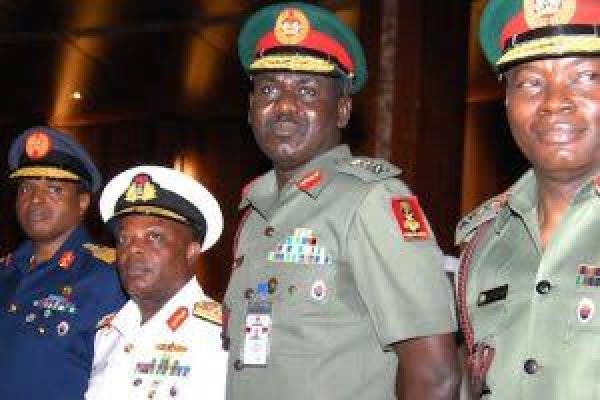 Contrary to his earlier claims that insurgency had been technically defeated, immediate past Chief of Army Staff, Tukur Buratai, yesterday, said the war may not be won in the next 20 years.

He said until infrastructure facilities are provided in some neglected parts of the country, which he claimed were currently ungovernable, security agents would be unable to take the fight to bandits and Boko Haram terrorists.

The former service chief made the remarks barely 24 hours after the Minister of Defence, Bashir Salihi Magashi, told Nigerians to defend themselves against attacks from bandits.

Buratai spoke when he appeared before the Senate committee on Foreign Affairs, yesterday, as part of his confirmation screening, following his nomination as an ambassador.

He said: ”One mistake that we have been making is to assume that only the military can solve this problem. Military alone cannot solve it. In the first place, it wasn’t the military that started it. There were political, social, economic aspects that needed to be addressed.

“Recently, I counted five local government areas in Borno State that do not have good access roads. There are so many ungovernable spaces which the insurgencies are penetrating. The places don’t have schools, hospitals and so on. Education is very fundamental. Unless these things are put in place, nothing will change. This issue may take over 20 years.

“Indoctrination has penetrated so deep. As early as the sixties and the seventies, it was there. We cannot continue to use the same tactics and same procedures and expect to get different results. We have to change.”

On his part, immediate-past Chief of Defence Staff, Gabriel Olonisakin, who was also nominated recently by President Muhammadu Buhari, said bandits are operating from over 1,000 forests across the country.

He said he conducted a research when he held sway as defence chief and warned of plans by bandits and insurgents to relocate to forests and launch attacks from there.

He claimed that he held meetings with governors and informed them of the danger ahead, but the governors ignored his advice and failed to police the over 1,000 forests scattered across the country.

Olonisakin said: “I want to say that the solution to insecurity is multi-pronged. We talk about conventional warfare and asymmetric warfare. We are talking about hybrid warfare, where everyone is involved. It is not about kinetics. Kinetics give only 35 per cent success rate in fighting wars.

“It is a national approach that must be properly galvanised for us to actually surmount the insecurity. Three years ago, I conducted a research on the forests in the country, and I realised we have over 1,000 forest reserves.

“I sent the team to Kenya and they brought out a paper, and I said, then, three years ago, that our next crisis would be in the forest. And it is with us right now.

“It requires a multifaceted approach. Everyone has to come on board for us to be able to address the insecurity situation. You can never have enough weapons, personnel and so on, but there are issues we must address, and it has to be all about the nation.”