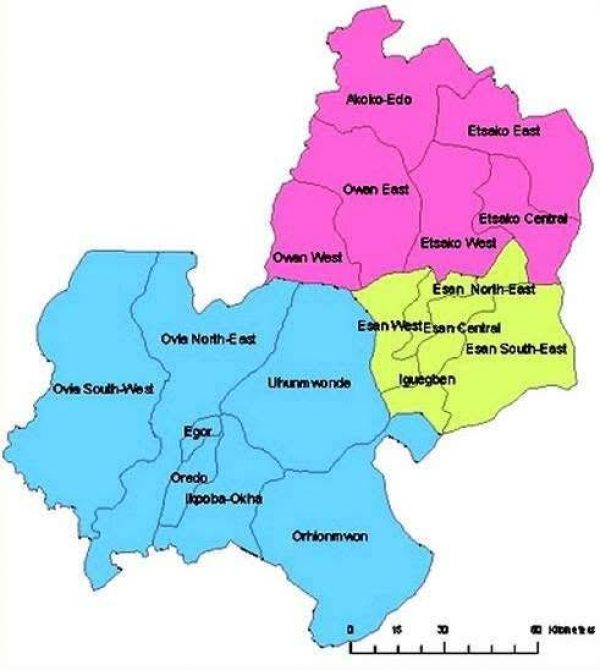 Gunmen suspected to be herdsmen have killed no fewer than seven persons, including farmers in Edo State. The gruesome attack was said to have been carried out yesterday at Ugboke, Oshodi, Okokodo, Ariyan and Yoruba camp situated in Ovia North-East Local Government Area of the state. According to Janet Ighodaro, an indigene of the area, “the suspected herdsmen took over the popularly known Yoruba camp located in Ovia North-east as a base to launch attack on the various communities in our state.” Ighodaro said she was lucky to escape stray bullets flying around as she ran for safety to take refuge with her family in Benin, the state capital, explaining further that the suspected gunmen shot sporadically killing and leaving seven dead. Four of the victims, she said “were returning from their farm when they were shot and killed on the spot.” She lamented that the gruesome attack on the camps and communities was reported to the police, adding that security presence in the locality was zero. Ighodaro stressed that the policemen who arrived the area yesterday only stopped at Okokhua community, and insisted that they would not to go further. According to her, the policemen rather instructed the affected communities to bring the dead bodies to them at Okokhuo. She therefore, called on security agents to come to their rescue as a matter of urgency. Reacting yesterday, Edo State Police Command Public Relations Officer, Chidi Nwabuzor confirmed the incident and said all efforts were being made to arrest the perpetrators. Nwabuzor said: “The State Police Command is aware of the incident that happened within the jurisdiction of Ekhiadolor Divisional Police Command. The DPO and his operatives visited the crime site and evacuated the bodies and moves are on to ensure that place is calm and life returns to normalcy. “Also, the Police are carrying out investigation to effect the arrest of the criminal herdsmen who perpetuated the dastardly acts. The command is bent on using every legal means to fish out the criminals.” Thisday