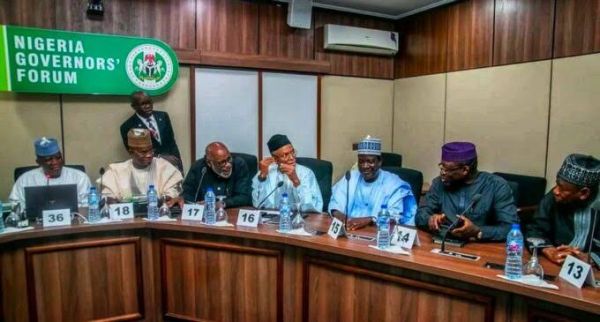 Governors of the 36 states of the federation under the aegis of Nigeria Governors Forum (NGF), yesterday unanimously voted against open grazing, declaring that it is no longer fashionable.

This decision was reached at their first physical meeting since the coronavirus pandemic hit the country last year February, held at the banquet hall of the State House Conference Center.

In a communiqué issued after their virtual meeting, the forum had noted: “The current system of herding mainly through open grazing is no longer sustainable, in view of growing urbanisation and population of the country.”

Consequently, it resolved to sensitise herders on the need to adopt new methods of herding, either by ranching or other acceptable modern methods.

The forum had also appealed to the Federal Government to support states with grants to directly undertake pilot projects of modern livestock production that would serve as a springboard for the full implementation of new methods of livestock production.

South-east Governors had also earlier in the month reiterated their ban on open grazing of cattle in the zone.

But speaking to our correspondent, a top official in the know of the development, said the governors have resolved to build ranches in each state of the Federation to halt wondering which most time leads to crisis with heavy casualties in tow, increasing diary production among others.

The governors are also United against criminalizing ethnic groups for the crime of some bad eggs.

The source who pleaded for anonymity, also said Governor of Bauchi, Bala Mohammed, apologized to his colleagues if his inflammatory statement were misconstrued.

Mohammed had justified herdsmen carrying Ak-47 rifles for self defence, which pitched him against his Benue counterpart, Samuel Ortom,

The Bauchi governor said that the primary objective of his comment was “to avert the dangerous prospect of a nation-wide backlash and generalisation of the Fulani clan as criminals”.