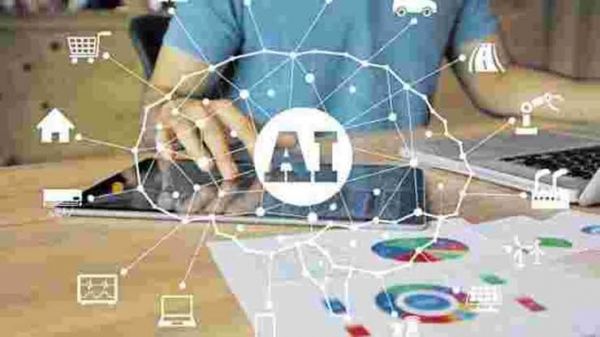 Recent patterns of technological change in the rich world have made it more difficult for low-income countries to develop and converge with income levels in the developed world. These changes have contributed to deepening economic and technological dualism even within the more advanced segments of developing countries’ economies.

Economic development relies on the creation of more productive jobs for an ever-rising share of the workforce. Traditionally, it was industrialization that enabled poor countries to embark on this transformation. Factory work may not have been glorious, but it enabled farmers to become blue-collar workers, transforming the economy and society as a result.

Many low-income countries in Africa and elsewhere hope to travel a similar path in the future. While none necessarily expects success on the scale of China and the East Asian tigers before it, industrialization and integration into global value chains are viewed as essential for achieving rapid economic growth – or restoring it after the COVID-19 pandemic – and creating a large number of jobs for Africa’s young population.

Prior to the pandemic, African countries had already achieved some success in industrialization. Ethiopia has established an export-oriented garment and footwear sector, with help from Chinese and European investors. Tanzania has built a more resource-intensive manufacturing sector focused on serving domestic and regional markets. Recent research suggests that the premature de-industrialization to which the continent had been subject may have been halted or even reversed after the early 2000s.

There’s a rub, however, in Africa’s manufacturing renaissance. Even where industrialization is putting down deeper roots, few good jobs have been created in the more modern, formal, and productive manufacturing branches.

In fact, the number of formal jobs has been stagnant, with the bulk of the increase in manufacturing employment coming from small, informal enterprises. This experience stands in stark contrast with that of the rapid industrializers of East Asia, such as Taiwan (during the 1960s and 1970s) or Vietnam (more recently), where the growth of manufacturing employment was concentrated in formal enterprises.

The paradox is deepened when we look behind the aggregate numbers. In new research, Margaret McMillan of Tufts University, Xinshen Diao and Mia Ellis of the International Food Policy Research Institute and I have found a striking dichotomy in the performance of large versus smaller firms. In both Ethiopia and Tanzania, larger firms exhibit superior productivity performance but do not expand employment much, while small firms absorb labor but do not experience much productivity growth. The result is that these economies create few good jobs, while the benefits of productivity enhancements remain limited to a very small segment of manufacturing.

Conventional explanations cannot account for this dichotomy. A poor business environment might explain low job creation but not the rapid productivity growth within the same firms. African wages are often thought to be high relative to productivity, but we find that payrolls’ share in total value added is exceedingly low in both Tanzania and Ethiopia, suggesting that labor costs are unlikely to be a constraint. Moreover, low business dynamism is belied by the very high rates of entry and exit we observe in manufacturing.

One important feature of larger manufacturing firms that may help account for the paradox is that they are excessively capital-intensive. In low-income countries such as Ethiopia and Tanzania, workers are plentiful and capital (machinery and equipment) is scarce and hence expensive. Standard economic theory predicts that production in such circumstances would be tilted toward more labor-intensive techniques.

Yet we find large firms in the manufacturing sectors of Tanzania and Ethiopia to be significantly more capital-intensive than these countries’ income levels or factor endowments would suggest. In fact, these firms are as capital-intensive as firms in the Czech Republic, even though the latter is roughly ten times as capital-rich as Tanzania and Ethiopia.

It might seem irrational for businesses to use so much capital (along with complementary inputs such as skilled labor) in countries where the underlying comparative advantage is an abundance of less-skilled workers. But it is not clear they have much choice. Manufacturing technologies have become progressively more capital- and skill-intensive over time, responding to the factor prices in the major advanced economies. Technologies from the 1950s or 1960s may have been more labor-intensive, but they will not help African firms compete in world markets today. And technologies used in global value chains appear to be particularly biased against unskilled labor.

This leaves African economies in a bind. Their manufacturing firms can either become more productive and competitive, or they can generate more jobs. Doing both at the same time seems very difficult, if not impossible.

This dilemma is reminiscent of an old concern in the development literature on inappropriate technologies. Authors such as E.F. Schumacher worried in the 1970s that Western technologies favored large-scale, capital-intensive plants ill-suited to conditions in low-income countries. Such worries were swept away by the phenomenal expansion of manufacturing employment in export-oriented industrializing countries in subsequent decades.

We may need to bring the idea back. Recent patterns of technological change in the advanced economies appear to have made it more difficult for low-income countries to develop and converge with income levels in the rest of the world. These changes have contributed to deepening economic and technological dualism even within the more advanced segments of developing countries’ economies. This is yet another reason for a public debate on the direction of technological change and the tools that governments have to reorient it.