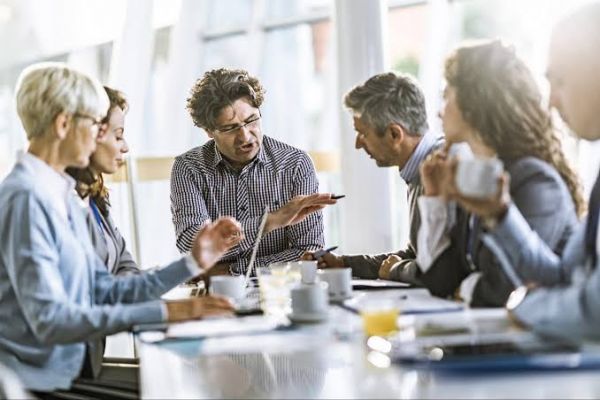 Even when a small business owner wants to sell their business, it's hard for them to let go of their baby.

After 9 months of a rollercoaster negotiation, I failed to close an asset acquisition deal with a small business owner. I wanted to buy his patents, trademarks, business contacts, and digital and physical assets, which were the foundation of his business. Through my due diligence and my many honest conversations with the owner, it was easy to see his missteps, and I was confident that I could be successful with my expertise and his guidance and assets. Unfortunately, I failed to close the deal after several last-minute attempts to satisfy his requests and concerns. I was crushed. So, after many hours of reflection, here are the mistakes I made, which, hopefully, you can avoid when you are negotiating with a small business owner.

Know what the seller wants out of the deal. That seems obvious, but sometimes what they want is not obvious even to themselves. You must dig deeper and read between the lines to uncover their unrecognized motivations. For example, the owner stated that he wanted to see his "baby" succeed and receive a payout if the business became lucrative. Unfortunately, after many conversations, I determined that he really wanted to get repaid for the dollars and time he had already invested in the business. This was a showstopper for me because I was obviously not going to pay him for sunk costs. Make sure you dig deeper than what an owner says up front to really understand what they want. It will save you a ton of time in the long run.

Really get to know the seller. I found learning about his family, community, financial situation, interests, and more was invaluable, but the most important piece of information that I wish I knew up front was how he liked to negotiate. In this case, the owner didn't like to negotiate. In fact, when he didn't like a proposal or had a concern about a term, he avoided the conversation altogether. Instead of just calling me, discussing it, and most likely resolving the issue, he made some assumptions and negotiated through lawyers instead. That caused delays, increased costs, and distrust. Ultimately, I should have asked him directly how he liked to negotiate and put a process in place to support his tendencies.

Ensure your incentives are aligned. When we first discussed an upfront payment, the negotiations were slow-going, but we made a ton of progress when we structured the deal with a royalty payment because our incentives were aligned. We both knew that if I was successful, he would be rewarded. I encourage you to find a deal that is not a zero-sum game

Legal vs. business conversations. As you build the relationship, see if you can set the parameters on when you will bring in the lawyers to a discussion and, more importantly, when you will not. When talking to the owner directly, we were able to negotiate a number of variables together. For example, if the owner asked for a larger royalty, I could counter it by offering a shorter term.  But when lawyers were brought in to discuss numbers and business terms, it became more complicated and expensive, and most conversations became more about risk versus finding creative solutions.

Agree to talk at least once a week (no matter if you have something to discuss or not). By creating a consistent forum to discuss any timely concerns or issues, you create a relationship based on openness and trust and avoid miscommunication and wrong assumptions that can fester. A wrong assumption almost killed our deal early in the cycle when the seller made an assumption about an action I took. Instead of immediately calling me, the seller kept it to themselves due to his tendency to avoid conflict. The negotiations slowed and almost died because it created a sense of mistrust in his mind. So, set up that recurring weekly meeting now.

Sometimes, the owner doesn’t even know. You would assume the owner would know all the details, legal and otherwise, about their business, but this may not be true. For example, this owner had some patents owned by his corporation, some owned by his LLC, and one owned by an individual. He wasn’t dishonest; he didn't realize that he didn't do things consistently as he grew his business, bringing me to my next learning and recommendation.

The internet is your friend during due diligence. When I found out some of the patents were owned by the corporation, I reached out to the seller. He told me that he dissolved his Delaware corporation in the previous year. So, I went to the Delaware government website, paid $20, and found out the corporation had not been legally dissolved. Again, the owner was not dishonest. He didn't know. So, make sure you use the web and any other connection available to you to confirm the information you receive during your due diligence.

Look in the mirror

Know your BATNA (your best alternative to a negotiated agreement) upfront. While negotiating, I did not spend a lot of time thinking about what would happen if the deal fell through. If I did, I would have realized that my BATNA was to recreate the business on my own—create my own brand, product variant, supply chain, etc. But because I didn't do this up front, I spent too much time and money trying to close the deal. I should have shut the negotiation down myself, much earlier.

Don't get ahead of yourself. Obviously, you need to do your due diligence, but don't start spending time or money preparing to take over the business before the deal closes, or you can get too emotionally invested and make bad decisions if the negotiations start to falter. Because I had done so much work to prepare for the relaunch of the business, I really wanted the deal to close, and I started to adjust my terms of the deal, against my better business judgment, to save it. Don't do this.

Finally, talk with or hire an expert. There are business consultants and brokers who help guide a business buyer through the ups and downs and complexities of a business acquisition negotiation. Sometimes, they will give you very insightful ways on how to structure the deal and what due diligence you should do, and sometimes they can be similar to a financial advisor and keep you from making emotional or irrational decisions. Each deal is unique, so you will need to decide if hiring a broker or consultant is right for you and your deal.

After nine months of negotiating, the owner declined to sell me his business. It was a devastating blow. As you can see from the above, I learned a ton, but it was not without some scars - emotionally and financially. So, if you are about to embark on a negotiation to purchase a small business, please check out my recommendations. Hopefully, it will help you avoid the mistakes I made.