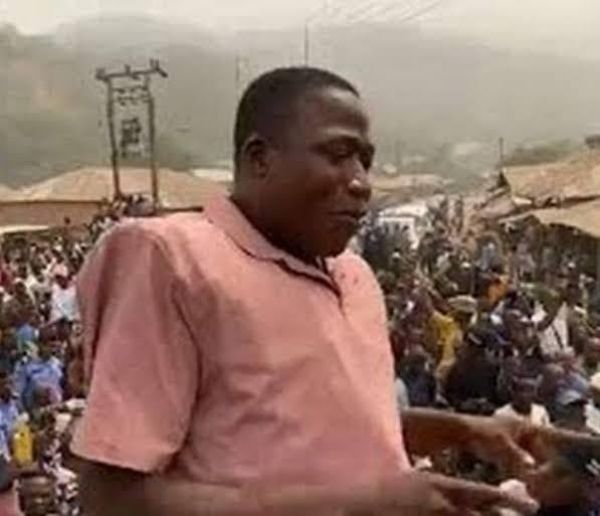 Sunday Adeyemo, a youth leader better known as Sunday Igboho, has been tipped as corps marshal of the South West Security Network, code-named Amotekun, according to sources.

Governors of the south-west region had floated the security outfit to check the widespread violence in the region.

On Monday, the governors held a meeting with security agencies and the leadership of Miyetti Allah in Akure, Ondo state capital.

Before the meeting, the governors were said to have discussed about boosting the operations of Amotekun by coopting Igboho into it.

Igboho made the headlines after he issued a quit notice to herders in Ibarapa local government area of Oyo state.

Speaking with TheCable, an insider said although some of the governors expresses reservation over the idea, majority were in support of it.

“The truth is that there are criminals in the south-west forests; they are kidnapping, raping and killing our people,” the source said.

“As someone who is passionate about freedom of Yoruba people who have been harassed and chased out of their farms and homes in Oke Ogun area and in other parts of the south-west, he is being considered to help in making the region more secure.

“He is from from Oke Ogun area of Oyo state so you can understand his passion. Today, a meeting of south west governors was held in Akure and one of the resolutions is that he (Igboho) should be drafted to be the corps marshal of Amotekun. He has not accepted it but we his followers will persuade him to take the role to liberate our people.”

The source added that more consultation with prominent monarchs in Yoruba land will be made in the next few days.

“We have nothing against herders in Igangan and other parts of Ibarapa, but we are against their criminal activities,” the source said.