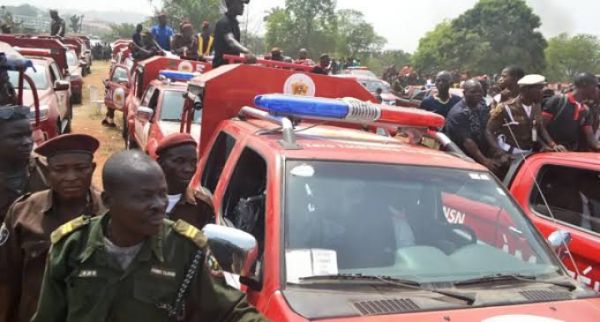 Rotimi Akeredolu, governor of Ondo, has ordered massive recruitment into the state chapter of the Western Nigeria Security Network, Amotekun.

Adetunji Adeleye, commander of the corps in the state, confirmed this on Friday.

“The governor has ordered massive recruitment to the corps. The recruitment is free. You can download the form on our website,” Adeleye said.

Donald Ojogo, commissioner for information, also confirmed reports of the recruitment in a text message to TheCable.

“We have not repudiated the story,” he said.

On Monday, Akeredolu ordered herders to vacate the forest reserves over rising insecurity in the state

He had said “bad elements” had turned the forest reserves into hideouts for keeping victims of kidnapping, negotiating ransom and carrying out other criminal activities.

The governor’s directive had sparked different reactions, with Garba Shehu, presidential spokesman, saying the governor could not unilaterally oust thousands of herders “who have lived all their lives in the state”.