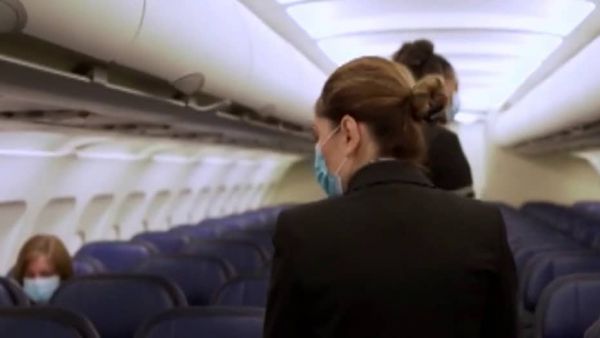 We're not so thirsty anymore.

A flight attendant popular on social media for sharing travel tips and tricks most recently enlightened the TikTok community on which drinks to avoid ordering on airplanes, for sanitation's sake.

Kat Kamalani got candid in a quick clip viewed 1.9 million times since hitting TikTok last week, telling followers "don't you ever, ever, ever consume these products from an airplane."

"Rule number one, never consume any liquid that is not in a can or a bottle. The reason being is because those water tanks are never cleaned, and they are disgusting!" Kamalani alleged. "Talk to a flight attendant. We rarely, rarely drink the coffee or tea. They come from the same water tank and so when you're drinking coffee or tea it comes from that hot water, and it's absolutely disgusting."

"These little coffee guys are rarely cleaned unless they are broken," she continued, pointing to an image of a coffee machine.

"These guys are taken out and cleaned between flights," Kamalani claimed, pointing to a photo of a carafe, "but the whole machine is never cleaned. And they're by the lavatories."

In a pro tip for parents, the blogger said to "never" ask for hot water for their baby's bottle. Instead, she suggested requesting a bottle of water and a cup of hot water, using the bottled water to prepare a bottle and then warm it up within the cup.

Response to the PSA was mixed, with some users criticizing the claims.

"So it sounds like y'all should just clean, like a lot since you guys don't clean anything ever apparently," one wrote.

"I've been a flight attendant for 23 years, our airline routinely flushes and cleans the tanks," another alleged. "I don't drink coffee but most [of] my coworkers do."