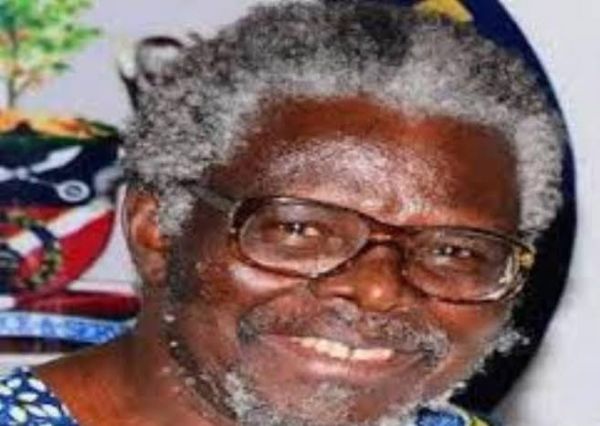 The last paragraph of my last published article for the year 2020, titled “Study notes on state and state failure” (December 22) started with a number of questions to the Nigerian Left. Please note that, our wishes notwithstanding, we do not see or present the Nigerian Left, as of today, as an undifferentiated entity. Rather, we realistically see it as a movement of various segments and fighting vanguards united by a common history of successes and failures as well as commitment, faith and hope. The questions were: “So, judging from the multitude of crises partially listed in the opening paragraph of this piece, has the Nigerian state failed? Is it failing? Is the summons: “revolution or state failure” real? In other words, is a fundamental change of agenda called for in the Nigerian Left?” My answer, which I called provisional, deliberately avoided a direct contact with the questions because it would have been unhelpful to attempt to answer them directly.

The present piece, the first in the year 2021, begins with the provisional (indirect) answer which I gave to the questions in the December article. It was a proposition: “The situation in Nigeria is serious, very serious. But it calls only for intensification of the current course of popular struggle and organization, not romance with a formula (“revolution or state failure”) that may lead to unhelpful, if not dangerous voluntarism or adventurism. The Nigerian Left should simply carry into the year 2021 a renewed revolutionary commitment to both electoral politics and direct popular struggle. And it must never, never again, allow the following objectives – popular democracy propelled by popular power, national unity and socialism – to either separate from each other or shift from the movement’s strategic focus”.

From this provisional answer to the questions on “state failure” we may distill a summary platform for 2021. This is: collective popular struggle and active collaboration as two sides of organizational development; commitment to electoral politics and direct popular struggle as two sides of engagement in political struggle; and an integrated Left strategy whose logical moments may be presented as “popular democracy propelled by popular power” (and not as “gifts” from the ruling class); “national unity” (seen as the fighting unity of the working and toiling masses); and “socialism” (defined not as a mere progression of electoral politics, but politically, ideologically, socially and economically as a class shift in the location of “power”).

We may now look at a number of recent or ongoing events on account of their significance, especially the important lessons they embody and teach the Nigerian Left. These events include: Nigeria’s EndSARS or youth revolt of October 2020, or rather, its aftermath; the Christmas 2020 message of the Catholic Bishop of the Sokoto Diocese, Matthew Hassan Kukah; and the violent protest on Wednesday, January 6, 2021 by supporters of America’s former president, Donald Trump at the country’s federal parliament in Washington.

The last event took place on the day a joint session of that parliament, called Congress, was to formally confirm the election of Joe Biden as Trump’s successor. The inauguration of the new president was then barely two weeks away. This “event” has been described as an “armed insurrection” instigated by the outgoing president – where “insurrection” has an ordinary definition: “an organized opposition to an authority, a mutiny; a rebellion”. We shall concentrate on the three listed events: EndSARS aftermath, Bishop Kukah’s message and the January “insurrection” in Washington. It would be a measure of its development in the year 2021 if the Nigerian Left, through its various formations, vanguards and known activists are heard and seen from time to time to intervene, openly, but seriously and responsibly, in such public controversies. We introduce the three listed events, beginning with ENDSARS aftermath.

Several functionaries of the Nigerian state, at all levels, have been heard to vow that a movement like the EndSARS (youth) revolt of 2020 will never be allowed to occur again. Whenever I hear this I laugh because EndSARS is not a parliament that adjourned, to reconvene at a latter date. No, EndSARS (2020) was a product of contradictions of living social forces together with historical conjunctures in circumstances that are constantly changing. The maximum that the inspirers, organisers and “foot-soldiers” of 2020 EndSARS can now do is to continue to contribute to the development of the fighting ability of organisations of Nigeria’s working and toiling people (the popular masses), their allies and – as we used to say in our younger days – “all those that stand by them and fight on their side”. History does not present occurrences like EndSARS more than once in a generation. You will produce a farce if you attempt to reproduce it!

It is the combination of the conduct of Nigeria’s ruling class, changing circumstances and the permanent commitment of Nigerian Leftists to developing the masses’ fighting ability that may give rise to future spontaneous political ruptures at points, in places and in forms the state has very limited ability to predict. And we may humbly add that the ability of Leftist leaders and activists is also limited in this regard – although it is much, much higher than that of the ruling class and its state. Given this reality, it is of little value for the Nigerian state and its functionaries to vow to prevent future EndSARS.

If a vow is however necessary, I would like to suggest that it should be a serious and credible vow that the federal and state governments would actually do what they promised they would do in response to the specific demands of EndSARS (2020). In other words, and more directly, rather than vowing to prevent future EndSARS or seeing every assembly as a preparation for another EndSARS, the Nigerian state, through its institutions, agencies and functionaries, should begin to do and be seen to be doing what it promised to do.

On Christmas Day of 2020, the Bishop of the Catholic Diocese of Sokoto, Matthew Hassan Kukah delivered a message on the situation in Nigeria.  It was a critical statement on the state of the nation. In summary, the bishop accused the government of President Muhammadu Buhari of nepotism, tribalism, incompetence, insensitivity to the material conditions of the masses of Nigeria, and exploitation of the current unequal ethno-religious and regional structure of political power in Nigeria. This message, as expected, polarized public opinion in the country. While several commentators accused the cleric of partisanship, indiscretion, lack of patriotism and even treason, others supported him, absolving him of all allegations. A small minority of commentators however restricted themselves to “on the one hand … on the other hand” types of commentary, that is, dancing on the fence. I propose that in matters like this involving radical religious leaders like Kukah, the Nigerian Left should base its intervention on the freedoms enshrined in the Nigerian Constitution, its own principles of “secular democracy” and “national equality” and, of course, the facts of the issue.

My introduction to contemporary Trump and ‘’Trumpism’’ will here be limited to the following reminder: In the late 1920s, mid-way between the end of the First World War and the start of the Second, the revolutionary Marxist Left in Europe sounded a general alarm on the threat of fascism in Germany. Unfortunately, the social-democratic movement which then controlled the bulk of the German labour organisation did not (and could not) apprehend the seriousness of the situation until Adolf Hitler actually came to power, through elections, as Chancellor of Germany in early 1930s. The task then shifted from that of preventing fascism from coming to power to that of uniting all “unitable” forces to defeat fascism – which was a clear danger to all.

It was at this point that Leon Trotsky, already in exile, proposed the following tactical formula to the Marxist Left in its necessary alliance with the social-democratic movement and liberals of the Right: “March separately, but strike together; agree (with allies) on where to strike and when to strike, but maintain your organizational independence”. The reason was simple: Social forces outside the Left may soon realize their limited objectives and give up the fight. They may even join yesterday’s opponents against the Left.

Hence, in analyzing what is now happening in America and drawing lessons for itself, the Nigerian Left should go back to the rise of German fascism and remember that the factors went beyond the dismissed Army Corporal, Adolf Hitler. And, lest I forget, the Nigerian Left should also go back to, or research anew who actually “financed” the rise of Adolf Hitler. Trotsky once described fascist rule as a “regime of petit-bourgeois despair”. I am seeing traces of this in “Trumpism” which should not be seen as an aberration. However, the slogan “March separately but strike together” is not an argument in support of aloofness or sectarianism. It is a reminder of a repeated lesson of history.