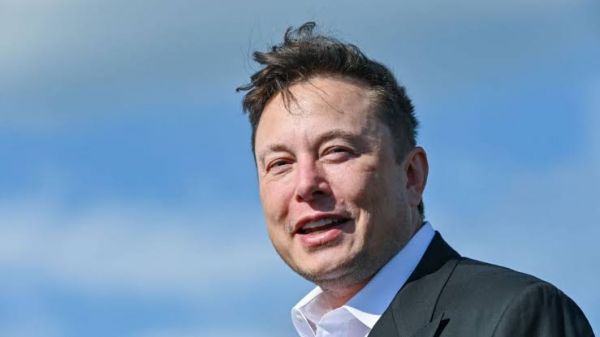 Musk's question may seem ordinary on the surface, but it's anything but. Here are 4 reasons why.

Justine Musk, who was married to teach visionary Elon Musk for almost a decade, once shared a fascinating insight into the mind of her former beau.

"When Elon and I would travel, and we had to fill out those forms at customs that wanted to know your occupation, Elon never wrote down 'CEO,' 'King of the World,' or 'studly international playboy,'" relates Musk.

Yes, in his heart of hearts, famous CEO and tech visionary Elon Musk has long preferred to see himself, not as a great business leader or a man of wealth.

He sees himself as a problem solver.

As such, Musk's companies attract like minds. It's why some of the most intelligent and capable people in the world pine for positions at Tesla and SpaceX: They want a crack at solving what they see as the world's most challenging problems.

But how do Musk and company determine who to hire? When it comes to elite problem-solvers, how do they differentiate the best of the best?

Via Twitter, Musk invited "ace engineers" to apply for work at "Gigafactory Berlin," Tesla's European battery manufacturing plant, which is currently under construction in Germany. Along with the public invite, Musk included the following request:

"When sending your resume, please describe a few of the hardest problems you solved and exactly how you solved them."

When sending your resume, please describe a few of the hardest problems you solved & exactly how you solved them

On the surface, this inquiry seems similar to a popular interview question used by countless companies across the world. But four subtle differences set it apart, increasing its value by leaps and bounds.

Let's break them down.

"When sending your resume..." Notice that Musk asks candidates to provide examples of problems they've solved in writing--before coming in for the interview.

This is a key request. In today's work environment, writing skills are more vital than ever. Engineers (and everyone else) need to be able to communicate their thoughts, not only through drawings and presentations, but more importantly via email, Slack, and other IM platforms.

Additionally, the opportunity to submit these examples in writing allows candidates time to think over the request without the pressure of an in-person interview, where introverts and deep thinkers don't often do their best work.

2. He asks for multiple examples.

Intelligent minds may be able to solve one or two hard problems. But the most intelligent minds actually seek out difficult problems to solve--giving them a great repository of examples.

By asking to see a few of these, Musk and co. set the bar high. They seek the best and brightest candidates--those who can show a pattern of being able to solve difficult problems.

3. He speaks in superlatives.

Further, Musk doesn't only ask for a few problems; he asks for a few of the hardest problems.

Another subtle yet important difference. Because once you're concentrating on the top 1-2% of candidates, it becomes more challenging to differentiate one from the other. One way to do so is to look at the types of problems they've already solved and their level of complexity.

4. He asks to see the process.

Finally, Musk asks candidates to show "exactly how they solved" the problem. He thus shows his interest, not only in the solution, but in the process by which the candidate found that solution.

In other words, Musk and Tesla want to see how the potential employee thinks.

Many top companies use a similar technique. Tech companies ask candidates to produce coding solutions live, during the interview. Management consultancies ask potential hirees not only to provide a solution to a case (or situation) live, but to walk the interviewer through their process.

But I like Musk's technique even better. Because while there's value in seeing candidates solve problems under pressure, all of the problems used on these interviews have already been identified and solved by countless previous interviewees.

In contrast, by asking for applicants to present examples of the hardest problems they've solved and the processes they used to solve them, Tesla gets insight into multiple areas of interest, including the candidate's:

reasons for focusing on specific areas of those problems

With this technique, Tesla can analyze how applicants' problem-solving methods could be applied to similar problems the company is dealing with.

So, if you're responsible for key hiring decisions, take a page out of Elon's playbook. Don't just ask candidates to provide examples of problems they've solved.

Also make sure to:

Get it in writing

Ask to see the process

Following these steps will help you find the best of the best--and put your company in a position to solve the most complex problems.