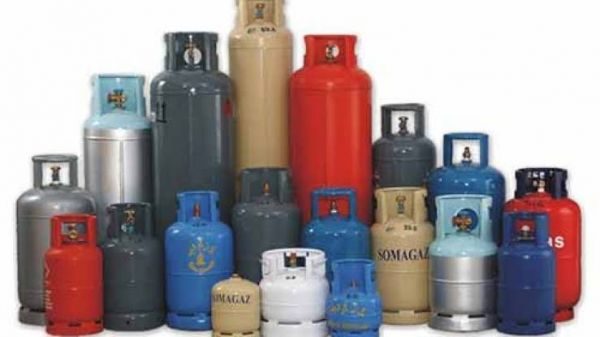 Price of 20 metric tonnes of Liquefied Petroleum Gas, popularly known as cooking gas, sold to marketers in the country rose by over 29 per cent in the past two months.

Terminal operators and importers increased the price of 20 metric tonnes of LPG to N5.3m on December 22 from an average of N4.4m a month ago, with retailers refilling a 12.5kg cylinder at between N4,000 and N4,500.

The price of the product increased further this month, as 20 MT was sold for as high as N5.5m on Tuesday, translating to an increase of 29.41 per cent since November 20, when it was sold for $4.25m.

Marketers have said the price of cooking gas had continued to increase in recent months as the depreciation of the naira against the dollar and increased global demand pushed up the cost of importing the product into the country amid inadequate local supply.

LPG, an advocacy organisation championing the use of LPG in the country, said in a new report that LPG sourcing in 2020 was dominated by imports, taking over 50 per cent of the market with local sources accounting for 46 per cent.

It noted that there were new players, including Techno Oil and Rainoil with 8400MT and 8000MT capacity respectively in depot storage.

The report said, “The addition of depots helped the industry achieve the highest monthly LPG volumes yet, of 100,000MT in September 2020.

“However, little traction was made by these new entrants as they were not able to receive from NLNG.”

According to the report, NIPCO Plc once again dominated the LPG depot space, taking 34 per cent of the market while Matrix Energy came a distant second position at 16 per cent.

It said, “Other players that did well are NAVGAS and Stockgap Fuels, which just started receiving from NLNG in September and has consistently grown their volumes with the partnership.

“The market in 2021 is projected to be in the range of 1.3 million MT for butane. We are looking at the progress of the propane market powered by autogas and hope it makes a significant addition to the market performance.”