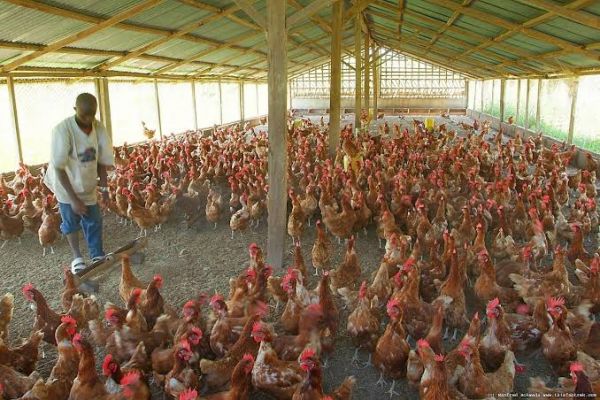 Poultry Association of Nigeria has warned that the acute scarcity and astronomical prices of soya beans and maize would threaten additional five million poultry jobs in the short term if the government does not intervene.

Olalekan Odunsi, the South-West general-secretary, Poultry Association of Nigeria (PAN), spoke on Tuesday during a press conference organised by the South-West wing of the association in Ibadan.

“In December, most farmers were unable to sell their broiler because the cost of production was higher than what an average Nigerian can afford.

“Presently, egg is going out of the reach of an average family with ideal price at N1,300.

“So we really need government’s intervention to save the current 10 million jobs in the poultry value chain of our economy,’’ he said.

Odunsi called on the government to facilitate the importation of animal grade maize and soya meals.

He said the importation would save the poultry industry from collapsing.

He said the urgent importation of animal feed grade of maize would sustain the over 50 million layers, 100 million broilers, 1 million breeders and other classes of poultry until the next harvest season.

Odunsi also urged the government in the interim to enforce a ban on the export of soya, seed and processed soya bean meal.

He enjoined governors in the region to put in more efforts to the cultivation of maize as they had done with rice.