Latest News
School abductions: Why children are being targeted
Why do people leave their jobs, exactly? The entire reason can be summed up in a few sentences
Fear of fuel price hike sparks panic buying, queue in Abuja, Lagos, others
Families wait as security forces search for 317 abducted girls
Bandits storm another school in Kagara, abduct 7 persons in town
Bandits kill 7 persons in 3 Kaduna communities
NDLEA operatives arrest cross-border trafficker with N1bn cocaine concealed in yogurts
Winners and losers in the digital transformation of work - Michael Spence
What hostage negotiators can teach you about arguing productively
Why Nigeria is a global leader in cryptocurrency trade
Niger state schoolboys freed as security forces search for Zamfara 317 abducted girls
By targeting schools, Nigerian kidnappers put country at risk - Report 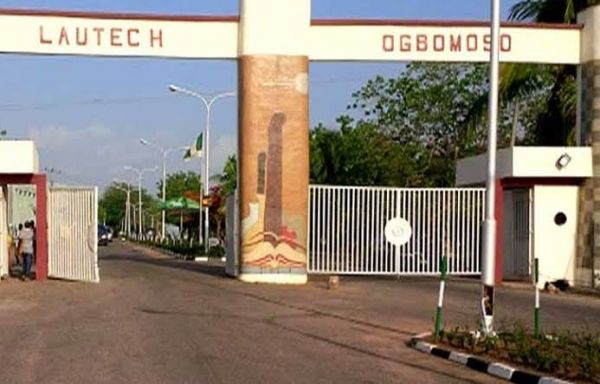 The crisis of interest between the two state governments over ownership of the university, was finally laid to rest, as National Universities Commission (NUC), ceded the institution to Oyo State Government in November 2020.

The intercessor, NUC, also ceded the College of Health Sciences, located in Osogbo, to Osun State. Executive Secretary of NUC, Abubakar Rasheed, made the announcement in Abuja, where he clarified that the administrative and other remuneration costs would be borne by Oyo State Government, while the Osun State Government would bear the financial burden of the College of Health Sciences.

The mode of payment was reached after the state’s Executive Council meeting held at the Governor’s Office, Agodi, Secretariat, Ibadan.

While briefing the Governor’s Office correspondents after the meeting, Commissioner for Education, Science and Technology, Olasunkanmi Olaleye, revealed the mode of payment to Osun state government.

He said: “On the issue of LAUTECH, Oyo State Government at its Executive Council Meeting has approved N8 billion to be paid to Osun State Government which formed part of assets sharing negotiation reached.”

Most read
School abductions: Why children are being targeted