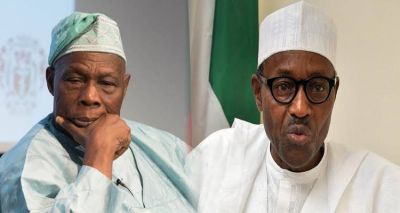 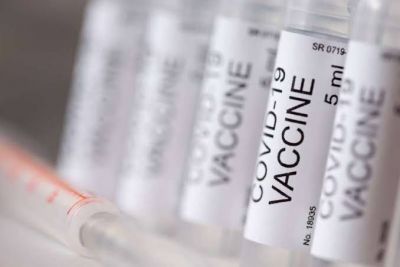 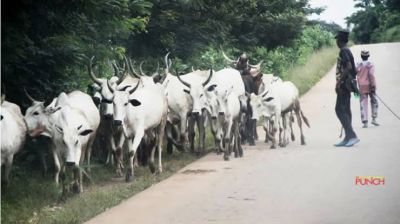 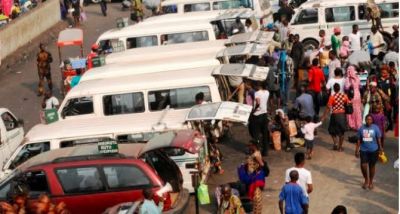 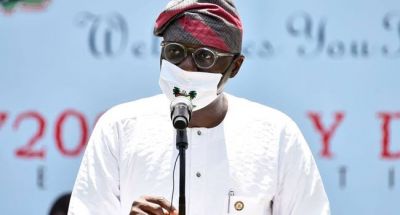 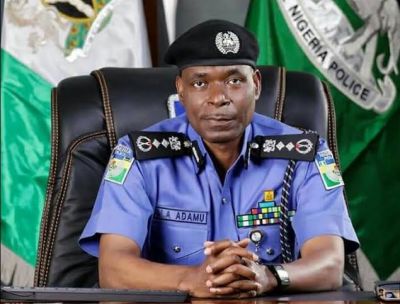 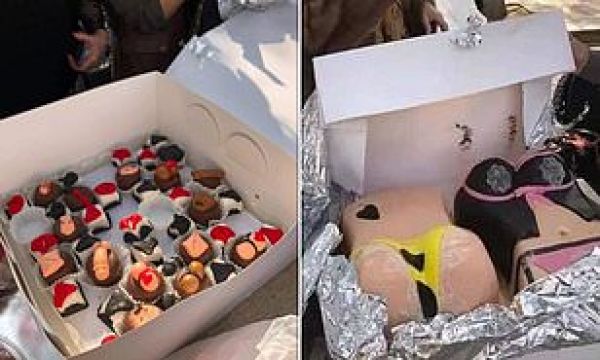 A baker was arrested in after making a selection of 'indecent' cakes that were topped with icing in the shape of genitals and lingerie.

The provocative desserts shared by a group of women at a party were described as an 'assault on the value system, and a crude abuse of society' by a top Islamic authority in Egypt which deemed them forbidden under religious law.

But the crackdown drew criticism from some Egyptians who said it was 'eliminating any space for personal freedoms in Egypt'.

The baker was arrested, then released on bail soon afterwards, while authorities have also identified three others involved in the party at a high-end sports club in Cairo.

The treats were condemned in a statement by Dar al Ifta, a venerable Islamic institution which issues religious edicts in Egypt.

Describing the explicit images as 'forbidden by Sharia and criminalised by law', the edict said the cakes were an 'assault on the value system' in the Muslim country.

According to Egyptian newspaper, authorities have also visited headquarters of the Gezira Sporting Club where the offending party took place.

After photos of the provocative bash found their way to authorities, at least four people were identified and the woman who baked the cakes arrested.

The woman, who lives in Cairo and was discovered to be a registered pastry chef, confessed to making the cakes and was later released on £230 bail.

Negad El Borai, a human rights lawyer in Egypt, said the women involved had had their memberships suspended by the sports club.

He defended the guests involved in the party as 'elderly women who wanted to break the routine of life'.

The cake incident 'emphasises that a group in society, with the support of the state, wants to eliminate any space for personal freedoms in Egypt under the pretext of preserving the values of the Egyptian family,' he said.

But another law professor told local media that the women could in theory be charged with insulting public decency.

Others criticised the stunt on social media, with one user saying it was 'unacceptable socially' and adding that 'there are 100 ways to celebrate apart from f***ing penis and vagina'.

The controversy comes only days after an Egyptian court ordered two TikTok stars to be freed from jail in a case involving indecent videos.

Haneen Hossam was acquitted after being jailed for encouraging women to broadcast videos in exchange for money, while Mawada Eladham's two-year sentence for publishing indecent photos and videos was cancelled.

Hossam was arrested after she said on Instagram that women could make friends with men through a video app, receiving a fee according to the number of followers they attracted. Authorities saw this as encouraging young women to sell sex online.

Egyptian parliamentarians last year demanded the government suspend the use of TikTok in the country, saying it promoted nudity and immorality.

Most read
Obasanjo has written another damning letter to Buhari on the grave security situation in Nigeria. Here’s the full text