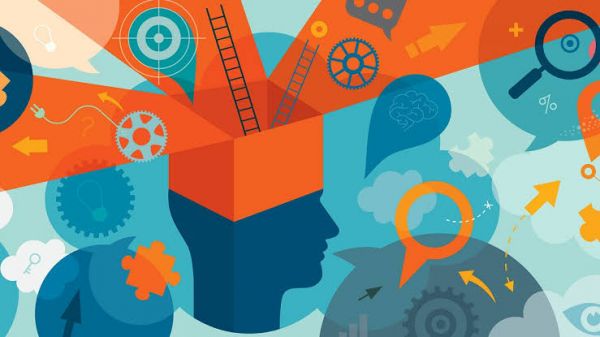 It’s difficult to explain, impossible to measure. But once you start to develop it, you know:

Emotional intelligence is a superpower.

Emotional intelligence, the ability to identify, understand, and manage emotions, allows you to see the world from a different perspective. It’ll get you through the worst of times. Help you enjoy the best of times.

I’ve spent the last several years of my life studying the topic of emotional intelligence in everyday life, including the two years it took me to write EQ Applied.

Along the way, I discovered a number of things that emotionally intelligent people see differently.

Emotionally intelligent people aren’t afraid of failure-;they thrive on it. Because they know success isn’t a single achievement; it’s built on continuous improvement.

And every “failure” is another opportunity to learn and improve.

Our natural response when criticized is to get defensive, shift the blame, or fight back.

That response doesn’t benefit anyone.

In contrast, emotional intelligence allows you to see criticism for what it is: another person’s perspective. Usually, that perspective is rooted in truth, and can help you get better.

But even when it’s not, it helps you to see things through another person’s eyes-;and that makes you better, too.

Emotionally intelligent people know empathy is a beautiful quality that the world needs more of. But they also recognize that empathy needs to be kept in balance.

Because when you connect with everyone else’s feelings at the expense of your own, you put yourself at risk of burning out.

Most people think of thoughts as abstract “things” that come and go.

But emotionally intelligent people recognize thoughts for what they are: chemical reactions within our brains, over which we exercise a measure of control. They know that thoughts precede actions, so they strive to focus their thoughts to work for their advantage.

Most people are afraid of silence. If things get too quiet, they fill the moment with noise.

In contrast, emotionally intelligent people love silence. They enjoy being alone with their thoughts; they savor the chance to think before speaking.

Some people don’t know how to have an opinion. Afraid to share their honest thoughts, they wait to hear how others feel, then repeat back what they’ve heard.

Emotionally intelligent people can think for themselves. They often agree with others, but they aren’t afraid to speak up when they disagree. They say what they mean, and mean what they say.

They know not everyone will appreciate them for that. But the important ones will.

“I’m sorry” may be the two most difficult words in any language…but they’re also two of the most valuable.

Emotionally intelligent people understand this-;so they swallow their pride and apologize when needed.

Because it’s not always about who’s right and who’s wrong. It’s about maintaining relationships with the people who matter to you.

In the same vein, emotionally intelligent people know that holding a grudge is like taking poison and waiting for the other person to die.

So they forgive and forget, allowing them to move on with their lives.

Being humble doesn't mean to be weak or lack self-confidence. It’s actually the opposite: Humble people are strong and secure. They realize that everyone has weaknesses, so they’re not afraid to show theirs.

Emotionally intelligent people see humility as a strength. Because admitting you don’t know everything is accepting reality: and puts you in position to learn from others.

People nowadays break both large and small commitments at the drop of a hat.

But emotionally intelligent people know that every time they break their word, they make a dent in their reputation. So they strive to only make commitments they can stick to, and deliver on what they’ve promised-;even when it doesn’t seem advantageous to them.

By doing so, they become known as a reliable and trustworthy person-;and that’s invaluable in the big picture.

They realize it’s not an inherently virtuous quality; there’s also a dark side. They’re aware that many use knowledge of emotions and feelings to manipulate others.

And that’s another reason why they continue to build their own EQ-;to protect themselves from the shady characters.

You have to learn how to make emotions work for you. Otherwise, they’ll work against you.