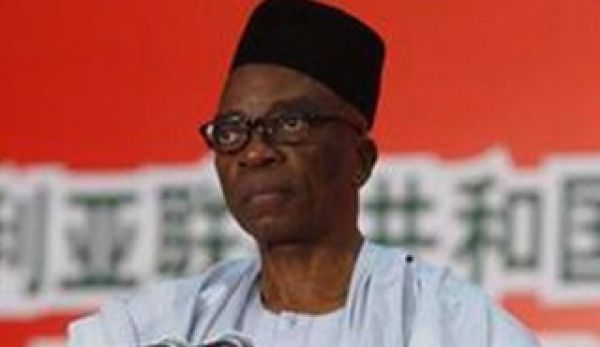 Martins-Kuye died Sunday morning at Ago-Iwoye, his hometown, in Ogun state. He was 78.

Bolaji, one of his sons, confirmed his demise.

“I can confirm to you that he passed on about 10:05 this morning,” he was quoted as saying.

“It was a painful loss to us, but, we give glory to God for the impactful life that he lived while he was alive because he touched the lives of many people.”

The politician was first elected into public office as a senator in the Third Republic.

The deceased was a member of the United Nigeria Congress Party (UNCP) in the twilight of the regime of Sani Abacha, former military ruler.

He was the Peoples Democratic Party (PDP) candidate for Ogun gubernatorial poll in 1999 but he did not win.

Martins-Kuye went on to serve as finance minister in the Obasanjo administration until 2003.

The highly respected leader of Ogun politics and chartered accountant later served as minister of commerce and industry while ex-President Goodluck Jonathan was completing the remainder of the term of the late President Umaru Yar’Adua who died in office.

The politician has since been buried according to Islamic rites.

He is survived by two wives and children.