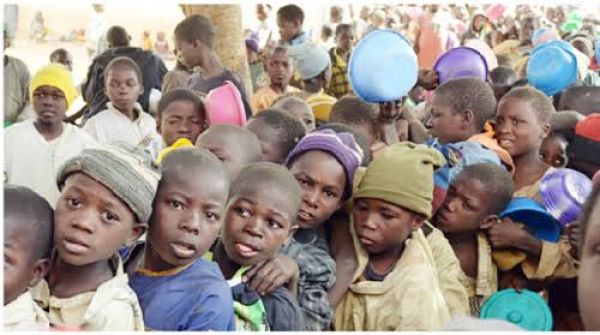 Kaduna state government has said it will relocate rescued ‘almajiris’ to their respective states and neighbouring countries.

Officials of the State Task Force enforcing Covid-19 related regulations said they rescued at least 160 children from different parts of the state on Friday.

The officials said some of the rescued children are toddlers who cannot identify themselves.

In a statement signed by media adviser to the governor, Muyiwa Adekeye, he said the children were rescued in locations “that are neither authorised and licenced as schools nor as children’s homes”.

Adekeye said the rescued children are from 13 states in the north and south of Nigeria. Some of them are from Benin Republic, Burkina Faso and Niger Republic, he added.

He also said that the locations in which the children were found were operating in violation of the state regulations that had ordered the closure of all schools since December 2020.

According to him, “keeping children in unauthorised places is inconsistent with the policy of repatriating almajiri to their states to continue their education under care of their parents in regulated schools”.

“The widespread practice of having children and then outsourcing and avoiding the responsibility for their moral, religious, and educational needs is neither supported by our monotheistic religions nor our culture.

“It is also a violation of the State’s Universal Basic Education Law, Child Welfare and Protection Law and Street Hawking and Begging (Prohibition) Law.” he said.