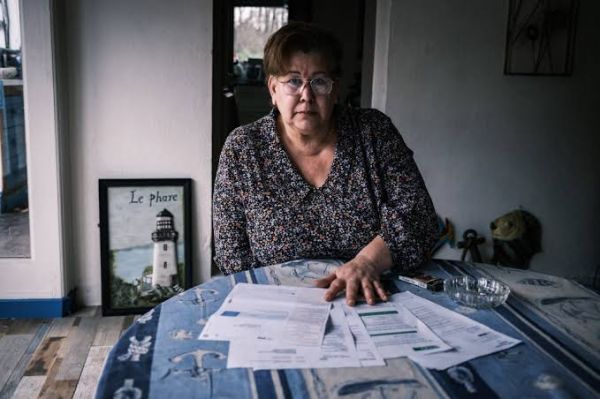 A 58-year-old French woman has been fighting to get her life back, after being wrongfully declared dead by a court, during a long-running dispute with a former employee.

Jeanne Pouchain has been trying to prove she is alive and well for three years, ever since a labor court declared her dead, allegedly acting on information provided by one of her former employees, who she was in a legal dispute with. The verdict not only ended a decade-long lawsuit between Pouchain and her ex-employee, it also ruined her life as a citizen. Her name was wiped from official records, she lost her ID card, her driver’s license, medical insurance, bank account, everything. It was like she didn’t exist anymore.

“I went to see a lawyer who told me it would be quickly resolved as I had been to my doctor who certified that I was very much still alive,” Ms. Pouchain recently told AFP. “But because there had been a legal ruling this wasn’t enough.”

The resident of Rive-de-Gier in France’s Loire region lost her legal existence and the rights which result from it, when the court declared her dead, in 2017. Today, she is even afraid to go out unless she really has to, afraid of might happen to her if she winds up in a situation where she needs to prove her identity. And all because a court ended her life on paper, without even checking if she had actually died.

Jeanne and her lawyer blame one of the woman’s former employees for the nightmare she has been experiencing for the last three years. In 2000, Pouchain’s cleaning company had to let some of its employees go when it lost a big contract, and one of them sued the company. But that was only the beginning .

In 2004, a court ordered Pouchain’s company to pay the terminated employee 14,000 euros in damages, but because had been taken against her company and not Pouchain herself the ruling was never enforced. Five years later, the ex-employee tried to go after Pouchain herself, but the case was thrown out. In 2016, it was filed again in an appeals court, which believing Jeanne dead, ordered her successors –  her husband and son – to pay damages.

But why would the court declare her dead? Well, the ex-employee and her lawyer claim that Pouchain herself is to blame, by refusing to answer correspondence and generally trying to avoid litigation. Still, for the court to simply believe the ex-employee’s version, that her letters to her former boss had gone unanswered, and that she had died, is very to believe.

“It’s a crazy story. I couldn’t believe it. I never thought that a judge would declare someone dead without a certificate,” Pouchain’s lawyer, Sylvain Cormier, said. “But the plaintiff claimed Mrs Pouchain was dead, without providing any proof and everyone believed her. Nobody checked.”

Crazier still is the difficulty of reversing the court’s decision. Even though Jeanne Pouchain has stood in front of several judges over the last three years, her legal status is in limbo. She is no longer “deceased”, but she isn’t alive either. She is somewhere in between.

Neither Jeanne or her lawyer know how long their battle to legally “resuscitate” her will last, of if she’ll ever go back to her normal life, but all they can do at this point is continue to fight.