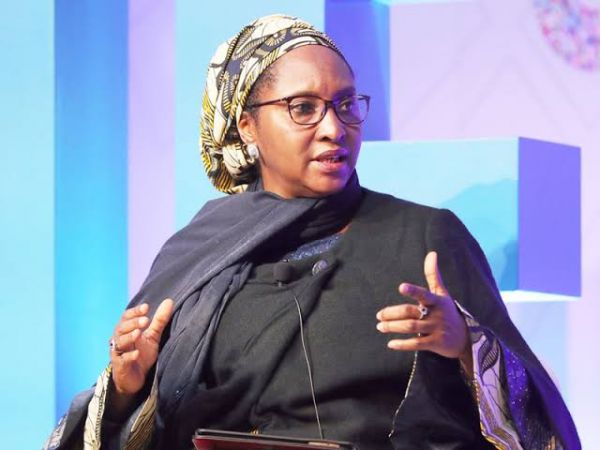 Federal Government is to borrow N5.6 trillion from domestic and foreign sources to support the implementation of the N13.59 trillion budget.

The N5.6 trillion is the total deficit of this year’s N13.59 trillion budget.

Giving a breakdown of the borrowing plan in Abuja on Tuesday, Finance Minister Zainab Ahmed, also said the government is targeting about N850 billion from unclaimed dividends and dormant bank deposits.

She added that privatisation of some public assets valued at N205.15 billion might take place this year.

According to her, the government will raise N2.34 trillion each from domestic and foreign sources.

The minister explained that government was also working with the CBN to regularise some previous borrowings.

Her words: “We are working with the CBN to regularise the previous borrowing that have been made to turn them into formal borrowing by the Nigerian economy and to this extent, the CBN and I need to agree on the rates and the tenures and the cost of the borrowing, so we would be formally doing that in the early 2021 on the previous borrowing that has been made, and also projected borrowings in 2021. So we will design special instrument that limits what is done in terms of domestic borrowing from the CBN.”

The minister disclosed that  government was assessing existing tax waivers to some organisations/ companies.

“What it’s costing us, we are now in the process of reviewing what can be scaled back because the size of the cost of the tax waiver is quite significant in terms of revenue for the country,” she said.

On the budget proper, the finance minister stated that in 2020, government over-spent what   the National Assembly appropriated by 101 percent.

According to her, on the expenditure side, “N9.97 trillion was appropriated (excluding GO Project tied loans), while N10.08 trillion (representing 101%) was spent.”

She attributed the excess spending to  unforeseen circumstances brought about by Covid-19.

Ahmed stated that “of the expenditure, N3.27 trillion was for debt servicing and N3.19 trillion for personnel cost, including pensions amounting to N6.46 trillion.

However, she did not elaborate on how government spent the balance of N3.62 trillion.

To retire maturing bonds to local contractors, she said N200 billion had been provided for in the 2021 budget, representing 1.68 per cent of the total budget, adding that, “overall, N5.60 trillion has been provided for borrowing  to finance the budget deficit.”

According to the   minister, “to promote fiscal transparency, accountability, and comprehensiveness, the budgets of 60 Government-Owned Enterprises (GOEs) are integrated in the FGN’s 2021 Budget proposal.”

In aggregate, 30 percent of projected revenues will come from oil-related sources while 70 percent is to be earned from non-oil sources.

Ahmed lamented that “overall, the size of the budget has been constrained by our relatively low revenues.”

Director-General of the Budget Office of the Federation, Ben Akabueze disclosed that the government made provision in the 2021 budget to pay for the vaccination of around 103 million Nigerians or 50 per cent of the nation’s population against Covid-19.

He added that there was an inter-ministerial committee looking at the Covid-19 matters with the assurance that the government will do whatever is needful to keep the citizens and economy safe even if it means coming up with a supplementary budget.

The National Assembly reviewed the 2021 budget upward by N500 billion to accommodate the purchase and distribution of vaccines against COVID-19.