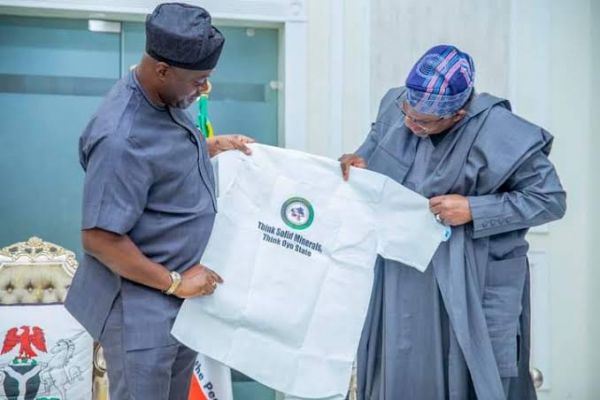 Minister of Mines and Steel Development, Olamilekan Adegbite, says the federal government is set to build a gems’ market in Ibadan, Oyo State.

Adegbite made this known on Tuesday in Ibadan when he received two hectares of land documents donated for that purpose by the Oyo State Government.

The land is located at Ojoo, along Ibadan – Oyo road, in Akinyele Local Government Area of the state.

“This is an initiative of President Muhammadu Buhari; part of the post Covid-19 palliatives that is being done by Ministry of Mines and Steel Development.

“Its aim is to develop the activities in the sector within the six zones in the country.

“For the Southwest zone, we chose to promote gemstone trading, which is already going on in Ibadan – as an informal market in Ojoo area of the state,” the minister said.

He explained that the whole idea was to formalise the market, asserting that gemstone business has become an international business.

He added that the market would enhance gemstone trading and be beneficial to the Federal, state and local governments.

“Also, it will spur activities for people, enhance market, at the same time improve the local economy and also generate revenue for government, both at the state and Federal,” he added.

The minister acknowledged the support of the state government to make things move, “through the donation of the land for the project.

“We have the land now and can begin to do what is necessary: we need to do the architecture, planning and the construction of the market.

“Then, move the informal market at Ojoo to this place after its completion,” he said.

He said that funding for the project was already available, assuring the people that his ministry would try its best to complete the project for inauguration before the end of this year.

In their separate remarks; the state Commissioner for Energy and Mineral Resources, Seun Ashamu and Executive Chairman of the Oyo State Solid Mineral Development Agency, Abiodun Oni, unanimously noted that the project would complement the diversification plans of the Gov. Seyi Makinde-led administration.

The duo also said that the establishment of the gemstone market would boost the internally generated revenue of the state.