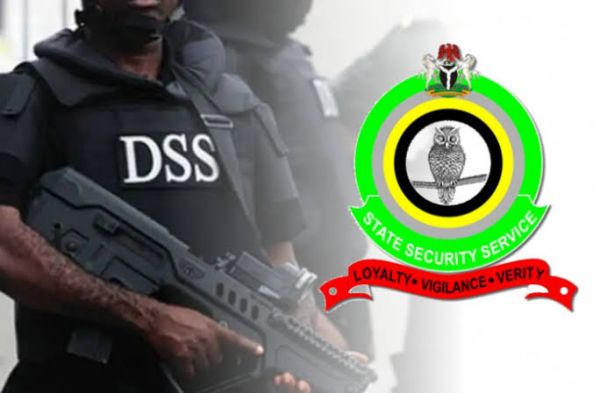 Department of State Services (DSS) has raised the alarm over plots by some persons to ignite religious uprising across the country.

DSS said the perpetrators, working in collaboration with external forces, were targeting states like Sokoto, Kano, Kaduna, Plateau, Rivers, Oyo, Lagos and those in the South East.

DSS, in a statement by its spokesman, Peter Afunanya, claimed the masterminds planned to torch worship centres, attack religious leaders, personalities, as well as key and vulnerable points.

“Department of State Services (DSS) wishes to alert the public about plans by some elements working with external forces to incite religious violence across the country. Targeted states include Sokoto, Kano, Kaduna, Plateau, Rivers, Oyo, Lagos and those in the South East.

“Part of the plans is to cause inter-religious conflicts as well as use their foot soldiers to attack some worship centres, religious leaders, personalities, key and vulnerable points.

Consequently, Nigerians are advised to be wary of these antics and shun all divisive tendencies aimed at inciting or setting them against one another.”

However, the alert has elicited mixed reactions from religions leaders.

“It has become a weekly or monthly practice for our dear security agency to make statements that only help to create fear and pave ways for evil people to cause citizens harm. If truly they have security report about anyone or any group trying to instigate violence, just do to them what the law says. But coming out to create panic every time is not good for the people, who are already living in self-pity and have lost hope due to the high level of insecurity in the nation. Sometimes, these statements are seen as a strategy to stop people from expressing their views. Whenever a strong view has been made and others are saying theirs too, that is when you will hear security alert.

“As a leader of the church in Kaduna State, I know my people have been attacked, killed and their homes and places of worship destroyed or vandalied. And security agencies did not show serious concern or go after the arsonist or criminals.

“We, therefore, do not understand why they should be making statements that will only create panic when no arrest has been made and no good steps is taken to show or teach law-breakers lessons. We want our security agencies to just go after those planning evil against Nigeria if they have any credible intelligence about their evil intention.

“Coming out always to make statements that will only create more fear in the minds of citizens at a time they are already in fear at home, on the road and everywhere in the country is not a good way to secure us.”

On his part, the outspoken Imam of Apo Legislative Quarters, Abuja, Muhammed Nuru Khalid, also known as Digital Imam, challenged religious leaders to work against the prophets of dooms who were bent on destabilising Nigeria.

“The most powerful force to use in destabilising this country is religious organisations and groups. It’s for us to call the attention of the people that, in the past, there were several of these threats and we surmounted them.

“If we tolerate one another, I mean all the faiths, the plot would not come to fruition. It’s our duty as religious leaders to start calling on our people to understand that religion is not meant for destruction but for development and spiritually, and we can’t achieve that if we are against one another.

“We already have too many problems in Nigeria and can’t afford to go into another one. It’s our duty regardless of faith to work hand in hand in facing this challenge. In doing that, we must use our places of worship where we command the loyalty and respect of the people to propagate these messages. In addition to that, there is need for us to also use the media both conventional and social media in achieving that.

“It’s also important that religious leaders exchange visits. In that way, their followers would understand the need for oneness and tolerance. We are the ones to change these narratives and no one else will do that for us.”

Catholic Bishop of Yola Diocese, Stephen Mamza, challenged the DSS to arrest those planning to cause religious uprising in the country.

This was even as he asked the DSS to monitor the perpetrators and ensure their planned uprising is foiled.

He called on DSS to go into deeper investigation, adding that, if there were people behind the plots, it was the responsibility of the DSS to arrest them.

“If there are people behind it, it is their responsibility to arrest them and then to interrogate them so that, at least, their plans can be averted.”

Mamza further said it was not enough for the DSS to make a statement that some people were planning to cause religious uprising: “Yes, these are secret agents, but, again, they should be able to monitor those people that they feel are behind it.