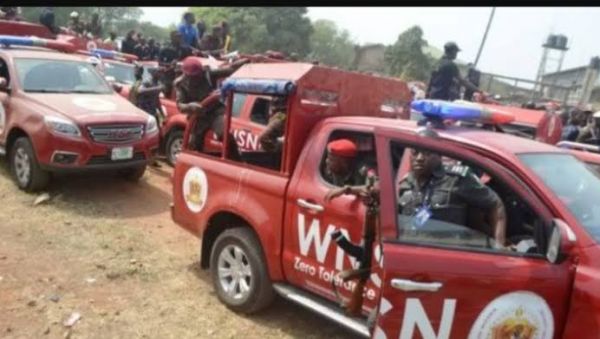 Three persons have been confirmed dead and two others injured during a clash between operatives of Amotekun Corps and some Bororo herdsmen in Aiyete in Ibarapa North Local Government Area of Oyo State.

A resident of Aiyete, one of the seven towns that make up Ibarapa political division, reliably informed Sunday Sun that the increasing rate of kidnapping for ransom and killings in Ibarapaland in recent times made Amotekun operatives in Aiyete to suspect a Bororo herdsman that came to the town to buy 10 packs of cooked food on Saturday morning.

The source, who preferred anonymity, narrated: “One Bororo herdsman came to Aiyete town this morning. He bought 10 packs of cooked food. This made the Amotekun operatives in the area to be suspicious of the Fulani herdsman.

“They still wanted to get to the roots of the riddle they wanted to solve. When he alighted from the cab, the Amotekun operatives also alighted with him and followed him as he was going into the bush.

“Suddenly, some herdsmen swooped on them. The Amotekun operatives who were at alert also responded to the challenge. They clashed heavily. The clash was in Okebi village. But I cannot say anything on the number of casualties on both sides or if it is only one side that recorded casualties or not.

“You must appreciate the fact that Ibarapaland has been under siege in the recent times. There has been repeated abduction of people, both young and old, for ransom. A lot of people have also been killed by gunmen in Ibarapaland within the past two months.”

A man, who introduced himself as Saliu, alleged that seven persons were killed and seven houses also razed, adding that one Usman Okebi and his two sons were purportedly killed.

“We don’t know what caused the fight. Some persons were shot and injured. The number of people killed has increased to seven. Those who were shot and ran away later died in the bush,” he stated.