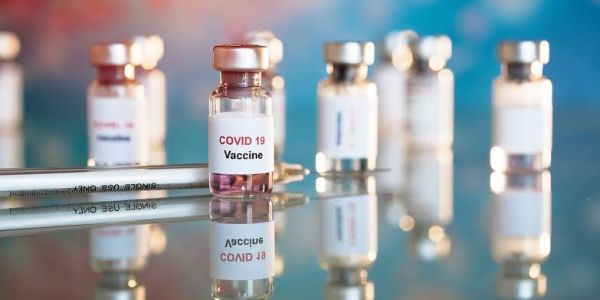 Ahead of the arrival of the mRNA Covid-19 vaccines into the country within the next few weeks, Federal Government has set a condition that states must fulfil before releasing the vaccines to them.

Director, Logistics and Health Commodities, National Primary Health Care Development Agency, Kubura Daradara, said on Friday during a webinar hosted by the agency that government would not release the vaccines to the states until the states are ready to administer them.

She explained that states were expected to administer the vaccines within five days to retain their potency and that only states that showed commitment to this would receive the vaccines.

It also said the 100,000 doses of the vaccine being expected in the first batch were for 50,000 Nigerians as the vaccines would be taken twice by each person at 21 days interval.

Minister of Health, Osagie Ehanire, said previously that the country would spend N400bn to procure vaccines for the 70 per cent of Nigerians it planned to vaccinate, amid the rising spread of the virus in the dreaded second wave of the pandemic.

Senate had on December 21 expressed doubts over the preparedness of the government to effectively store the vaccines upon arrival in the country.

Senate President, Ahmad Lawan, added, “I have not been convinced with your presentation that we are ready to bring in the vaccines. You have to do much more to convince me that we are ready. This is a matter of life and death. I am not only a doubting Thomas, I am also doubting Ahmad.’’

Deputy Senate President, Ovie Omo-Agege, had also expressed worry over the ability of the government to store the vaccines, saying the government made preparations for only four cold chains for the vaccines, in Abuja, Kano, Enugu and Lagos. He asked why the South-South region was not included in the plan.

He lamented that the vaccine might lose its efficacy on transit to the South-South if no facility was provided. Some other senators also expressed similar fear regarding the storage of the vaccines.

But speaking at the webinar on Friday, Daradara said, “We are not releasing the vaccines to any state until we are sure that they are ready to implement (administer the vaccines). For the transportation of the vaccines, we will use dry ice in insulated thermal containers that are going to be sealed.

“Immediately the vaccines arrive, clearing agents go to the airport with the NAFDAC and Customs to conclude the documentation. The vaccines are immediately taken to the National Strategic Cold Store in Abuja, where we have Ultra Cold Chain freezers where we would store the vaccines.

“Before loading the vaccines into the UCC, the NAFDAC officer that followed them from the airport to the store will pick a sample randomly from every batch of the vaccine and these would be taken to their office for testing. NAFDAC would then certify if the vaccines are potent and good enough to be used.”

She said given that some cold stores were invaded by hoodlums during the violence that followed the #EndSARS protest in October 2020, there would be security from when the vaccines arrive at the airport to when they are eventually administered on the recipients. “There will be security personnel at every level of the chain,” she added.

Meanwhile, state governors have begun preparation towards receiving and administering Covid-19 vaccines which will be delivered to the Federal Government by month end and later in the year.

As a result, the governors said they had begun plans to acquire freezers and cold chains for effective storage of the vaccines in their states.

Chairman of the Nigeria Governors Forum and Governor of Ekiti State, Kayode Fayemi, disclosed this to State House correspondents on Friday after meeting with President Muhammadu Buhari at the Presidential Villa, Abuja.

Fayemi said since there was no clarity on when the vaccines would arrive in Nigeria, he also discussed with the President on the need to accelerate the delivery.

He said, “Those of us at the receiving end in the states know that this is an issue we also need to ramp up our own preparedness, in terms of getting our states ready for vaccines storage, particularly the freezers and cold chains that will be required for that process.

“We need to get ourselves ready at the state level. The Federal Government can procure but we will receive and administer in our various states and there is a lot of work to be done in that respect.”

He also called on the Federal Government to expedite actions towards ensuring local production of Covid-19 vaccine instead of completely relying on the ones to be brought into the country.

Governors want Bishops, Imams, celebrities to promote use of vaccines

Fayemi also said he seized the opportunity of the meeting with the President to review a number of issues of interest to him and his colleagues.

The governor said he discussed with the President about the need to include religious leaders and celebrities among those to be vaccinated in public to boost people’s confidence.

He added that it was the view of the state governors that the nation should ramp up manufacturing of vaccines locally.

Fayemi said, “For us as governors, the number one priority in vaccine management relates to public health and risk communication. I commend the Presidential Task Force on Covid-19 for at least, planning to use Mr President and Vice-President Yemi Osinbajo as their publicity vehicles for reassuring those who may have their doubts about vaccines use that this is no threat to them.

“You know there are cultural and religious concerns in various parts and we are at the state level, we are reviewing that with all of our colleagues. The good thing is Mr President has agreed with me that he would convey to the PTF the necessity of using other influencers, maybe the chief imams, bishops, top musicians and sports personalities.

“The more such people are seen taking the vaccines, the more the likelihood of reducing resistance in our various localities.

“Of course, procurement of vaccines was also discussed. Our view is that ultimately, we really need to ramp up manufacturing of vaccines locally. It is okay that COVAX that Nigeria is part of is going to be delivering some vaccines to us. As we understand, the first 100,000 and then 43 million and ultimately 165 million doses.

“But there is nothing as good as having the ability to manufacture our own vaccines locally. We understand that there is a partnership with May&Baker, which is important for the Federal Government to really accelerate, so that we can produce the vaccines in Nigeria and not be dependent on what is coming from other countries.”

On whether governors would also be willing to take the vaccines on live television, Fayemi said, “Absolutely. We too would like to demonstrate to our citizens that we believe that the vaccines would work.

“We have worked with Primary Healthcare Development Agency, Federal Ministry of Health and we will be happy to work with National Centre for Disease Control and the PTF on Covid-19. So, we would take the lead as well in our various states.”

The governor also said the details of the financial management of the vaccines remained something of interest to all the states. He added, “We also know that there are a range of approaches to take, the health approach is there, because for us at the Governors Forum, it is not just a health issue, it is also a security issue and it is an economic issue too.

“We would work in partnership, we are involved with PTF, we have a representation at the PTF and we will work with them generally on them.”

Meanwhile, indications have emerged that Kano, Lagos, Katsina and Kaduna states have the highest number of health workers that would receive the mRNA Covid-19 vaccines when the first batch arrive in the country in next few weeks.

Director, Disease Control and Immunisation, NPHCDA, Bassey Okposen, in his presentation, in a chart during the Friday webinar revealed the number of health workers in each state to be prioritised for vaccination once the vaccines arrive.

Okposen explained further that the vaccine would be introduced in four phases, mainly due to the availability, adding that this was based on the guidelines of the World Health Organisation, priority would be given to frontline health workers, persons on essential duties, like immigration personnel at the airport, persons above 50 years, and vulnerable individuals with co-morbid conditions.

He noted that states with higher number of cases would also be given additional doses to address their cases.

He added, “The vaccines have already undergone WHO pre-qualification and they would have NAFDAC certification before they would be given to members of the public. The health and frontline workers to be immunised would be electronically prelisted, detailing their location and names before the vaccination starts so that we know where the vaccine have gone to.”