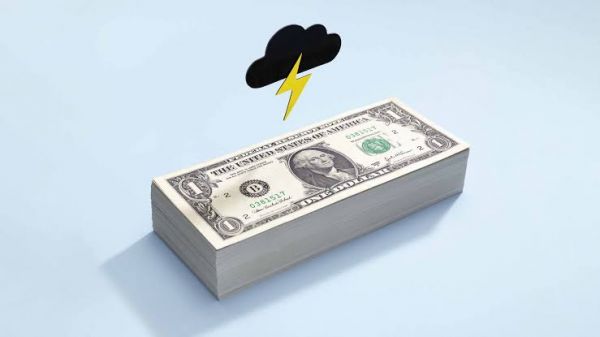 Most entrepreneurs are too focused on valuations and on raising gobs of money. They are completely misguided. We try to help them actually run a business.

The vow "First, do no harm" is associated with doctors, but those exact words aren't written in the Hippocratic oath. And I'd go so far as to say that such a vow is much better suited for other professionals. Take, oh, I don't know, maybe investors--particularly the kind who back young, up-and-coming enterprises.

Just imagine how different the world of venture capital would be if firms tried to live by that motto. They'd have to find something else to do with all the money they could no longer heap willy-nilly on entrepreneurs, because there's no question that it often causes harm--to both the entrepreneurs and to the VCs' own investors. Studies suggest that 75 percent of VC-backed companies don't pay off.

Maybe VCs would be forced to get creative and think about something beyond money. Who knows, maybe they'd even learn some aspects of operating a business. But, more important, they could learn to really, truly help businesses get up and running, because dumping truckloads of cash on them is not the way. Too much money is like manure that's heaped hot and fresh from the source--more likely to scorch a garden than help it grow.

Our investment firm has talked with scores of entrepreneurs, and they generally need far less money than they think they do, and far less than what VCs are willing to give them. These days, landing an investment is relatively easy, given the amount of money sloshing around. But, just as important as the money, if not more so, is guidance from people who have actually built a business from scratch, people who've been down the road--and made all the wrong turns and know the dead ends. People who can direct them like the Waze app to where they want to go. They need, in other words, actual f--ing help.

Our team realized we needed to get away from thinking solely in terms of money and valuations, which is the standard VC method of investing, and take a different tack. That led us to adopt a new model, a corollary to "Do no harm." We call it the actual f--ing help (AFH) model.

Rather than hand over a sack of money in return for a piece of a pipe dream, the AFH model supports a business until it is breaking even. This ensures that founders won't have to waste time and energy raising more money down the line. With AFH, entrepreneurs are able to focus less on the money and more on the business, vastly improving their likelihood of success. And isn't that the whole point?

Think All You Need Is Money?

The people who come to our Austin office to tell us about their ideas essentially fall into one of two camps. The first consists of those interested only in making money. They aren't real entrepreneurs, as we see it. Their entire focus is on raising more and more until they can realize their dream of cashing out and living the life of Riley. Often, they claim to be worth some arbitrary amount and want us to give them money for a sliver of their nascent empire. Yet when we ask how they intend to spend the money, most don't have an answer: They have no clear business plan, no marketing strategy--except maybe Facebook ads and Amazon, which don't count--no nuthin'.

Because the money-focused ones tend to be young, we initially try to help them in any way we can. Eventually, we give up on prying them loose from those dollar signs. Unfortunately, some are as attached to money as limpets to a rocky coast. Who can blame them? They've grown up reading about sky-high valuations and seeing unicorn founders worshipped in the media like rock stars. At that point, we politely tell them, "Keep us posted."

The people in the second camp we see as the real entrepreneurs. They're not driven by the love of money or by how much they might potentially be worth. Instead, they're obsessed with their product or service, and seeking the money they need to bring it to market so that it can solve a problem. And they know they need more than money. They know they need AFH.

When we partner with founders, we provide them the expertise they lack. Unlike VCs who just direct their entrepreneurs to agencies and the like, we work with them shoulder to shoulder. Our goal is that by the end of an agreed-upon time frame, they'll be profitable. We're paid in equity, and if all goes as planned, it won't be diluted in future investment rounds, since there won't be any. But we never seek majority ownership. Call us crazy, but we think founders should control their companies.

As an example, when one of our current partners first came to talk to us, we were pretty sure she had a good product on her hands. But we were also sure--and, more important, so was she--that she needed significant help with virtually every other aspect of her business. She wasn't an engineer, lacked connections to good suppliers, and had almost no experience with inventory or logistics. She was also inexperienced at drawing media attention to her product. So simply handing over a fat wad of cash and telling her to go take care of things would have benefited neither her business nor us.

Instead, we helped her create a plan, and gave her the money to fulfill it, in return for equity. We then helped her find reliable sources for the raw materials and a good manufacturer, and ensured that she would have all the materials she needed at the same time. It's like s'mores: If you have only graham crackers and chocolate on hand, you're out of luck. We helped her with sales projections, so that she would always have adequate inventory available. And we helped her sift through rsums to fill positions. I'm saying this not to put the spotlight on us, but to show how much is possible when you recognize that the status quo model most venture capitalists cleave to is nothing but a glorified game of craps.

The Way Things Should Be

Following the AFH model, it's possible to shepherd a business from infancy to national launch in six to 10 months. This kind of compressed timeline benefits everyone involved: Investors can rest assured that their equity won't be diluted in later fundraising rounds, and entrepreneurs can feel confident that they'll retain a majority share in their own company, because they'll get to the breakeven point sooner. But the model also benefits entrepreneurs, because it recognizes that they need more than money to get their business off the ground. They need to know how to spend the money wisely. Most real entrepreneurs will be the first to acknowledge that they need advice from people who have been in their shoes and done what they're trying to do.

Most VC firms today operate on the assumption that the only thing entrepreneurs need is money, because money is the only thing that VCs know. Clearly, to adopt the AFH model, they would have to go out and hire people who have actually launched and operated businesses. But by working with people in different areas of expertise, they might discover that there's much more to business than profit-and-loss statements--and that it can be pretty damn rewarding to actually f--ing help real entrepreneurs turn their great ideas into successful companies.