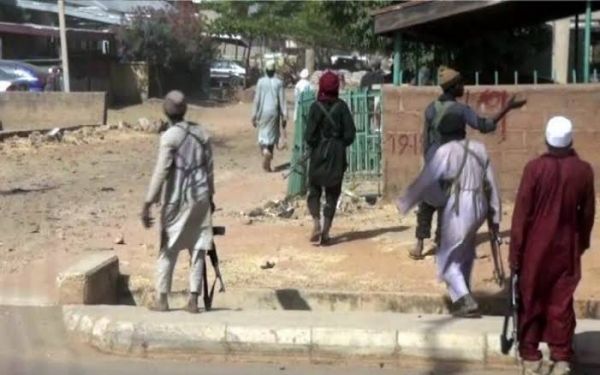 The gunshots by the insurgents caused many residents to panic and flee into the bush while others hid in their houses.

“The gunshot outside is so much. I can’t talk now please,” a Geidam resident reported.

The State police Public Relation Officer, Abdulkarim Dungus, said he heard the Divisional Police Officer of Geidam firing from his gun when he tried to contact him.

“I called my DPO in Geidam and he is also under fire. I could hear the gunshot from him. He has promised to call back,” Dungus, an assistant superintendent of police, said.

Geidam is about 200km from Damaturu, the Yobe State capital and one of the border towns between Nigeria and Niger Republic. It also shares a boundary with Borno State from the north.

The town has been attacked by Boko Haram several times leading to loss of lives and property.