Coronavirus can damage brain without infecting it; hair loss on rise among minorities during pandemic 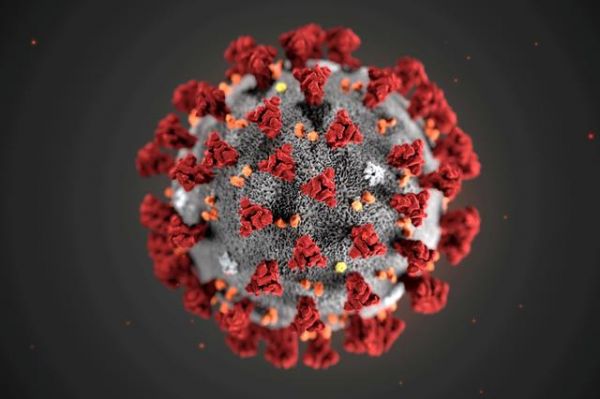 The following is a roundup of some of the latest scientific studies on the novel coronavirus and efforts to find treatments and vaccines for Covid-19, the illness caused by the virus.

Coronavirus can damage the brain without infecting it

The new coronavirus does not need to directly invade brain tissue to damage it, a new study suggests. Researchers examined the brains of 19 patients who died from Covid-19, focusing on tissues from regions thought to be highly susceptible to the virus: the olfactory bulb, which controls the sense of smell, and the brainstem, which controls breathing and heart rate. In 14 patients, one or both of these regions contained damaged blood vessels - some clotted, and some leaking. The areas with leakage were surrounded by inflammation from the body's immune response, they found. But the researchers saw no signs of the virus itself, they report in The New England Journal of Medicine. "We were completely surprised," said coauthor Avindra Nath of the National Institute of Neurological Disorders and Stroke in a statement. The damage his team saw is usually associated with strokes and neuroinflammatory diseases, he said. "So far, our results suggest that the damage ... may not have been caused by the SARS-CoV-2 virus directly infecting the brain," Nath said. "In the future, we plan to study how Covid-19 harms the brain's blood vessels and whether that produces some of the short- and long-term symptoms we see in patients."

Pandemic stress may be causing people to lose their hair, according to a new study. By mid-summer, rates of a hair-shedding condition called telogen effluvium (TE) had surged more than 400% in a racially diverse neighborhood in New York City, researchers report in the Journal of the American Academy of Dermatology. From November 2019 through February 2020, the incidence of TE cases was 0.4%. By August, that rate had climbed to 2.3%, they found. "It is unclear if the increase in cases of TE is more closely related to the physiological toll of infection or extreme emotional stress," said coauthor Shoshana Marmon of Coney Island Hospital. The increase was due primarily to TE in persons of color, particularly in the Hispanic community, "in line with the disproportionately high mortality rate of this subset of the population due to Covid-19 in NYC," the authors said. TE rates rose in smaller non-white minorities as well, but not among Blacks, who also were severely impacted by Covid-19. Adam Friedman of George Washington School of Medicine and Health Sciences, who was not involved in the research, said he too is seeing increases in TE "and the timing makes plenty of sense, as the onset of shedding is typically three months following the traumatic event," which would correspond to the rise of the pandemic.