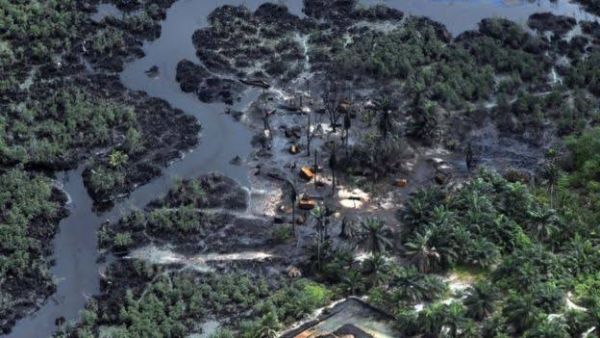 Nine militant groups under the aegis of Reformed Niger Delta Avengers (RNDA) have backed out of the ongoing talks with the Federal Government, citing alleged lackadaisical approach to major issues revolving around exploratory activities in the region by the President Muhammadu Buhari administration.

Consequently, they ordered foreign oil vessels to stay away from the area or face dire consequences.

The truce, initiated last year by Deputy Senate President Ovie Omo-Agege, was recently threatened by the appointment of Akwa Effiong Okon as sole administrator for the Niger Delta Development Commission (NDDC) and the non-recognition of the oil-rich region by the Nigerian leader in his New Year broadcast to the nation.

In a statement issued yesterday by its Coordinator, ‘General’ Ezon Ebi, the group said from tomorrow (January 7), its strike forces in the nine states that make up the commission would start bombing and destroying critical oil facilities and vessels in the creeks in an exercise code-named ‘Operation No Mercy Alfa Piper Zero Oil’ “to save NDDC from the hands of politicians bent on holding the region to ransom.”

Ebi continued: “We, the Dreaded Strike Force Unit Commanders of the RNDA in the creeks who are genuinely agitating for the overall development of the region, will not take no such thing from Mr President, because without the daily production of crude oil in the creeks of the Niger Delta, there will be no Nigeria.

“And the RNDA makes bold to state that without the constant high volume of crude oil production in the creeks, the economy of this country will be in comatose.

“We want to state clearly that the people of the oil-rich whose wealth is being used to develop Abuja and the northern part of the country would not fold their hands and tolerate such from the Federal Government any longer.”

The group further said: “Since President Muhammad Buhari has refused to address the issues bordering on overall development of the entire Niger Delta region, it means he does not mean well for us.

“The only solution to the crisis on ground is for the President to listen to the calls and agitations of the Niger Delta People.

“The RNDA has decided to declare war on oil facilities and to blow up all major oil pipelines and to also attack all oil vessels entering Nigerian waters.”