12 common words and phrases people use, but rarely ever mean 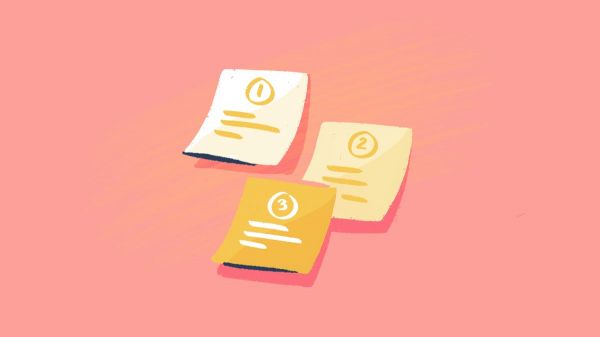 Along with what to say instead--especially if your goal is to get results.

What is said is often not what is meant.

Especially where these are concerned:

Brainstorming is one thing. Making half-baked proposals is another.

Don't think out loud. Do your thinking first.

And if you haven't had time to think... just be quiet and leave the floor to those who have.

Maybe the recipient did miss your cold call-esque email. More likely, though, they weren't interested.

As a sender, understand the person you're targeting. If it's someone who gets dozens of unsolicited emails a day, like Mark Cuban, he didn't respond because he gets too many to respond to individually.

If you're tempted to send a follow-up, find a more creative way to send another email. "In case you missed this" only ensures that even if he does see your second email, he's not going to read that one either.

Which is also true for...

A copy-pasted re-send is no more attractive than the original.

Which is also true for:

Occasionally a follow-up is warranted. If someone said they would do something and haven't, by all means follow up. Even the most organized occasionally forget.

But if you're just "following up" to take a second or third shot, find a more creative opening line. Look at what you wrote in the first email. In all likelihood it was benefit-driven: For you.

Want people to respond? Find a way to benefit them.

Keep in mind there's nothing wrong with money being a primary driver.

If it's not about the money, focus on what is most important.

Rarely has someone told me that and gotten back to me.

Never have they gotten back to me with a "yes."

While your intentions may be good, letting people down easy often gets their hopes up.

Which makes the eventual letdown even worse.

A boss used to say that all the time. But he wasn't.

Giving people give because it's who they are.

Do you walk around saying "I'm a man" or "I'm a redhead" or "I'm an American"? Of course you don't. Those things are who you are.

To quote Margaret Thatcher (which I'm realizing I often do), "Power is like being a lady; if you have to say you are, you aren't."

The same is true for being a giver: People already know if you are. And if you aren't.

"Let me be honest" implies you haven't been honest, or open, or forthcoming up to this point.

And if not, why not?

And if you feel you need to foreshadow bluntless, use "frankly" or "candidly." Or, "To be clear."

Take it from Ricky Bobby: "With all due respect" implies you feel the other person is wrong. Or misguided. Or wrong. Or somehow missing the mark.

Instead of using a theoretically impact-softening preface, just say, as politely and professionally as you can, what you really mean.

Because the best way to show "due respect" is to be honest and forthright.

Would you say to someone, in person or on the phone, "Pursuant to your instructions, I emailed Biff regarding the above-mentioned issue"?

Or just say what you did; after all, the person you're writing already knows what they asked you to do.

Replace "we are in receipt of" with "we received"

Replace "at your earliest convenience" with "as soon as possible"

Replace "at the present time" with "now" or "currently"

Say what you mean, clearly and simply, and you're much more likely to motivate, convince, persuade, inspire, instruct, educate...

Which is what really matters.