FG has disbursed N4bn bailout to domestic airlines. This is how the money was shared 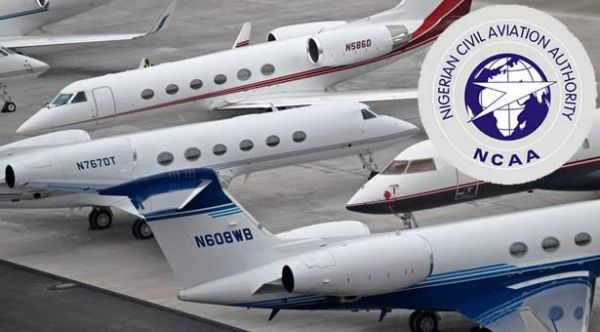 Federal government has started disbursing the N5 billion it promised operators in the domestic arm of the country’s aviation sector whose operations were ravaged by Covid-19 pandemic.

In addition, federal government and airline operators are now working together to ensure that the domestic carriers survive post Covid-19.

The first step to rescue the airlines was the release of N5 billion bailout to the airlines and other operators in the industry last weekend by government, while the airlines have kick-started several levels of cooperation, including interlining and code-share to ensure that they are able to sustain their operation.

Details of how the fund was disbursed revealed that the 31-member committee gave N4 billion to airlines.

Scheduled flight operators were given 70 per cent of the sum, while charter operators received 30 per cent.

The major objective of the bailout is for government to empower the airlines to be able pay salary to their personnel henceforth; so 70 per cent of the fund was for salary payment, while 30 per cent was for aircraft maintenance.

In order to ensure the funds are transparently distributed, Nigerian Civil Aviation Authority (NCAA) had to confirm the number of technical staff and number of aircraft in each airline and it was concluded that charter operators have a total of 2,000 staff, while scheduled operators have 6,428 staff.

The payroll of beneficiary airlines were also checked to ensure that they paid their staff February and March, 2020 salaries before the lockdown occasioned by the Covid-19 pandemic.

The 70 per cent earmarked for salary payment from the N4 billion given to the airline came up to N2.1 billion and prorated as over N300,000 per staff, which was determined according to the staff strength of each airline.

For example, Air Peace technical staff is over 532 with over 2,000 administrative and other personnel.

The remaining N1 billion was given to other operators in the industry, which include catering companies, fuel marketers, which got substantial part of the fund, while travel agents, ground handling firms and car hire services got the rest.

An inside source who was part of the sharing committee, revealed that, “The federal government has a sharing modalities for the palliative and the committee, made up of top officials of aviation agencies, including NCAA, Federal Airports Authority of Nigeria (FAAN), Nigerian Airspace Management Agency (NAMA) and Accident Investigation Bureau (AIB) ensured that the money was transparently distributed.”

“Priority was rightly given to scheduled airline operators because they are the ones that really move higher number of people from place to place,” the official said.

Chairman and CEO of Air Peace, Allen Onyema while expressing gratitude to the federal government for giving the airlines bailout, said that in order to safeguard the domestic operators there are key policy decisions government must have to make.

One of these key policies is the passage of Customs tariff waiver bill, which awaits President’s assent, he said.

“This will help the airlines more than bailout because the airlines spend so much money paying waivers on aircraft and spares. Another is the removal of VAT. This will go a long way in stabilising the industry. Government should also reinforce and sustain the ease of doing business policy, which will make clearing of aircraft and aircraft spares less cumbersome. This will positively impact on our bottom line,” he added.

The Chairman of Air Peace also canvassed for the suspension of 25 per cent remittances by aviation agencies to the federal government coffers, saying that such payment seem to create the impression that agencies are profit making enterprises but they are actually cost recovery organisations, which according to the International Civil Aviation Organisation (ICAO) are not supposed to be profit oriented so that they would not add so much financial burden on the airlines through charges and taxes.

CEO of Aero Contractors, Ado Sanusi who spoke in the same vein urged the federal government to stabilise the foreign exchange and adopt a standard for the airlines.

He said that government should adopt permanent waiver for Customs duty and should not be what is renewable on yearly basis and should also do the same with VAT.

On what the airlines are doing to sustain their operations and ensure they survive after the coronavirus devastation, Sanusi said the airlines are collaborating in different ways both in the technical area and in marketing and disclosed that Aero Contractors and Dana Air are about to sign passenger protection agreement, whereby any Dana Air passenger can fly Aero Contractors, if the former cancels its flight.

“There is a lot of collaboration going on among Nigerian carriers in the bid to revamp our operations. The Aero maintenance, repair and overhaul (MRO) facility has brought the airlines together. Now they share spares in order to cut the cost of operation and they are cooperating in many other ways,” Sanusi said.