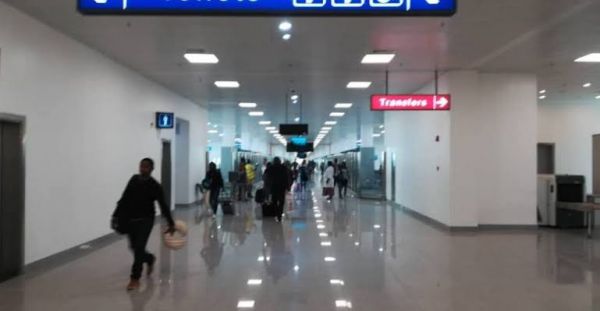 A few days ago, the United Kingdom announced a new variant of Coronavirus. This variant reportedly spreads at least 70 percent faster, though not necessarily deadlier. To curb the rapid spread of this new strain, tagged B.1.1.7, the UK government has tightened its lockdown of much the country.

Outside of the UK, more than 40 countries around the world have banned flights and other transportation links from and to UK. Along this line, federal government of Nigeria, out of abundance of caution, is also considering banning flights from the UK. But does the Nigerian government need to do that?

When the government opened Nigeria’s airspace for inbound and outbound flights, it stipulated that all inbound passengers must show documentary evidence of negative Covid-19 status. The laboratory test for the Coronavirus must not be earlier than 72 hours before the passenger’s flight into the country. In addition to this, all new arrivals must self-isolate for 7 days and conduct a follow-up Covid test immediately after. This mandatory test is actually pre-paid for by all inbound passengers.

From the data released by the Presidential Task Force on Covid-19, only about 10 percent of new infections comes from international passengers into Nigeria. The remaining 90 percent of infection source was attributed to community spread. It is noteworthy that the 10 percent linked to inbound passengers covers scores of international flights out of which flights from the UK are a fraction.

Given this statistic from the PTF, it stands to reason that Nigeria does not face imminent danger if the authorities continue to allow flights from the UK. The key issue is for the government to continue to be uncompromising on extant protocols for all inbound passengers.

Incidentally, the protocols established by the Nigerian government are precisely what leading international airlines (such British Airways, Virgins, etc) with UK as hub, have adopted in carrying passengers across the Atlantic. Two days ago, British Airways announced that all its passengers to New York in the United States must test negative to Covid-19. That’s precisely what the Nigerian authorities have insisted on since September 5. And that’s what makes sense in the present circumstance.

To strengthen existing protocols, we recommend that NCDC shoud insist that airlines must demand fit-to-fly certificates from test centres approved by authorities of originating countries. It should also mandate that tests must be only in-person and administered by a medical personnel (not mail-in test kits). The federal government may consider increasing the penalty for airlines which violate these requirements for inbound passengers flying on them.

We need to note that since land borders have been opened, it’ll be difficult to totally keep out passengers from the UK who could fly into neighboring countries and thereafter cross the borders into the country. It is certainly not logical to single out air travel as the only source of international transmission. Rather, one major advantage of air traffic is that it is easier to monitor and manage.

It’s gratifying that President Muhammadu Buhari himself said, on at least two occasions recently, that Nigeria cannot afford another lockdown that will further depress the economy that is currently in recession. The movement to and fro the UK carries with it significant economic transactions that benefit both countries. In 2019 alone, trade between Nigeria and the UK was about £5.1 billion (N2.55 trillion). Banning flights to and from UK will certainly affect this economic flow. As we know, travels are a key enabler of international trade.

It is also known that a lot foreign currencies flow into the country from Nigerians residing overseas who come home for Christmas and New Year holidays. Parallel market rates for the Naira often appreciate significantly at the year end season. This benefit will of course elude the economy generally and Nigerians specifically who get financial boosts from this end of year diasporan visits, mostly from our compatriots in the UK.

On both epidemiological and economic grounds, it is both safe and expedient that Nigeria keeps its airspace open to UK travels.