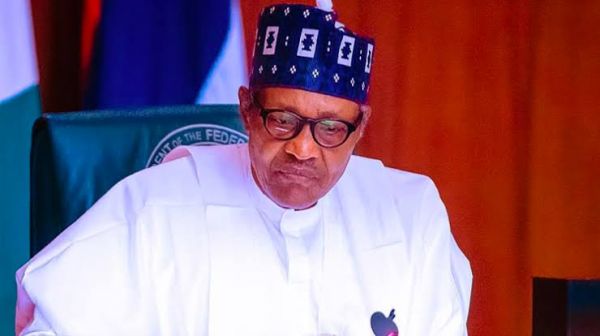 Adverse effects of border closures on the organised private sector and ordinary Nigerians compelled President Muhammadu Buhari to have a rethink and heed the recommendation for the reopening.

A top presidential source, who did not want to be named, gave insight into recommendations of the presidential committee chaired by Minister of Finance, Budget and National Planning, Zainab Ahmed, disclosing that one of the significant issues which stood out in the summary of the committee’s findings and recommendations was the negative impact of the border closure on the private sector operations and productivity of businesses in the country.

The committee reported that following the closure of the borders on August 20, 2019, there was a very high inventory of unsold finished manufactured goods, especially those with market base and significant presence in West Africa, which it said had resulted in unemployment and poor credit rating.

A top government source also disclosed that at the commencement of its work, the committee ordered a comprehensive and objective impact assessment and found that “despite the significant benefits of the partial border closure in helping to curb the activities of smugglers, irregular migrants and other forms of criminality, among other benefits; the committee’s findings revealed that the policy was detrimental to Nigeria’s overall immediate and long term economic, security, diplomatic and social interests.”

He also said the committee recommended that Nigeria, as a signatory to the recently signed African Continental Free Trade Area (AfCFTA) agreement, and member of ECOWAS Trade Liberalization Scheme (ETLS), needed to remove all barriers to free movement of goods across the continent and simultaneously work towards re-opening the land borders before the commencement of the treaty on January 1, 2021.

Both the president and the Federal Executive Council were impressed by the findings and recommendations of the committee which was said to have also reported that the prolonged border closure had indirectly limited Nigeria’s market, more so that the country was regarded as the most industrialised country in the ECOWAS region and a leading member of the ETLS.

He added: “Its report then added that the border closure affected Nigeria’s capacity to strengthen the workforce of relevant Government security agencies with modern facilities (surveillance cameras, drones); as well as funding for training, to effectively monitor the entry and exit points in the event of a Joint Border Operation.

“Despite the issues raised by the committee, the report noted that the partial border closure ‘significantly reduced the prevalence of illegalities around the borders and positively impacted such key sectors of the Nigerian economy like oil & gas, agriculture, industry, etc.’

“The committee further recommended that with the reopening of the borders, appropriate border management and control measures are put in place to curb smuggling and other criminal activities perpetrated through illegal unmanned routes.

“It said these measures would also check possible abuse of the efforts of the government towards enhancing its economic interests and national security.”

The source said the borders were also re-opened because the federal government believed that the closure had achieved its objectives, adding that it is also believed that neighbouring countries have learnt their lessons.

The federal government had last Wednesday, December 16, announced the reopening of four land borders – Seme (South-west), Illela (North-West), Maigatari (North-west/North-east) and Mfum (South-south), promising to reopen others on or before December 31, 2020.

It also highlighted the porosity of the country’s land borders as a serious threat to the nation’s economy.

Whereas the reopening of the borders was accompanied by excitement in the business sector, the government source was swift to add that the reopening notwithstanding, “it’s not going to be business as usual regarding some of the criminal activities which the president wants to ensure are effectively curtailed.”