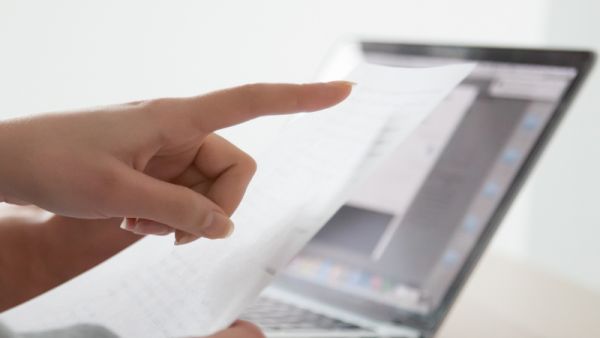 The truth is that many of us have well-established habits of self-destruction that we’re completely blind to. Here are a few indicators.

You may think you have no self-destructive tendencies until you take a look at your life and realize all your dreams, relationships, and accomplishments have been carefully and thoroughly sabotaged by nobody other than yourself.

Nobody’s doing it on purpose, and most people don’t even realize they’re doing it. The truth is that many of us have well-established habits of self-destruction that we’re completely blind to. We have all the trimmings of a successful life — the right interests, the high ambitions, the willingness to keep trying. But we keep failing. And we don’t know why.

Here are the 6 most common traits of truly self-destructive people. If you spot yourself exhibiting any of these, it may be time to examine what your actual goals are, and take the time to understand why you’re stopping yourself from accomplishing them.

1. You have super-high ambitions

This hallmark of a self-destructive person is curious because, on the surface, it doesn’t look self-destructive at all. But it’s one of the most common examples of these traits. This is the kind of person who is always dreaming enormously. Your New Year’s resolutions look less like resolutions and more like plans for world domination.

“Healthy ambition is individually enabling and socially constructive, while unhealthy ambition is inhibiting and destructive,” writes psychologist Neel Burton, M.D., in Psychology Today. You know what happens when your goals are unbelievably, unrealistically high? You fail. And secretly you know that going into your goals, so you’re not surprised when you fail.

Right now, your goals — that you have no hope of accomplishing — are a weapon you’re using to bludgeon yourself with. It’s just another sign, to you, of what a lazy, no-good, talentless nobody you are. While it’s actually harder to set realistic goals for yourself, it’s infinitely less self-destructive.

If you find that you always fall short of your goals, examine them with objectivity. Try setting measurable goals that you can easily break down into steps. Would you expect your friend or family member to be able to accomplish it? If not, then don’t expect it of yourself, either.

2. You convince yourself you’re bad at things

Self-destructive people don’t believe in themselves, and this belief frequently surfaces when it comes to any kind of competencies. Research from a 2006 paper by Ashby et al shows that“maladaptive perfectionism was consistently and negatively associated with self-esteem.”

You’ll say things like, “I’m really awful at math,” or “I just don’t have a knack for languages.” While it’s true that you might not be naturally gifted at a particular skill, most people aren’t — it’s just some folks can practice. Right now, your fear prevents you from even trying. So you have this facade of incompetence that you’ll work hard to convince other people of.

This is the other side of unrealistically high expectations of yourself. You believe if you’re not instantly perfect at a thing, you’re terrible at it and you don’t deserve to even make an attempt. The result is a life where you’re afraid to even show a drop of failure, so you eschew hobbies, interests, or careers that might have been really rewarding for you if you’d only given yourself the opportunity to be bad at it.

Instead of forcing yourself to be perfect, try to view skills as a gradient, not a box to tick. Give yourself space to practice them in a no-feedback environment. This means off social media, without showing friends and family, or putting any other kind of pressure on yourself. Don’t feel bad about keeping these skills private — they’re just for you, and nobody else.

3. You self-medicate extensively to numb your feelings.

The hallmark of a self-destructive person is one who drinks or smokes their way through life, propped up by these crutches. That’s not necessarily what I’m talking about.

What I mean is that you’re scared of deep emotion. And so instead of reacting to things in a consistent way, you shove emotions down. Not just bad ones, like sadness or anxiety, but even happy ones, like joy or excitement. You use your own coping mechanisms — which can be alcohol, but also TV shows, social media, obsessions with exercise — to repress them. You feel like you don’t deserve the happy ones or like they may be taken away at any moment, and you can’t deal with the unhappy ones.

The result is that your thoughts can feel stunted because you’re constantly cutting yourself off before you feel too much. You’re easily overwhelmed by uncontrollable waves of emotion when they do come because you’re not used to them.

The best way to stop doing this is to respond to those feelings as they come. “Journals are like a checkpoint between your emotions and the world,” writes clinical psychologist Beth Jacobs, Ph.D, in her book Writing for Emotional Balance. Try using a journal to write the feelings down as they occur, and pinpoint what caused them, as well as any thoughts you may have about the feelings. It’s OK if it takes time to get used to this — this particular self-destructive habit is one many of us have spent years cultivating.

4. You Are Aggressively Cheerful

Self-destructive people feel like they can’t let anyone in. You’re afraid you’ll be caught out, so you paper yourself in a manic cheerfulness that lets you show everyone else how totally OK you are.

Of course, there’s an energy cost to pretending to be wildly upbeat all the time, as Samantha Dewitt writes in Better Help. “…[P]retending to be happy is only sapping even more of your energy and making you feel even more upset.” If you come off conference calls, evenings with friends, or even dinner with your family and you find you’re utterly and completely drained, this might be a sign that you’re relying on this self-destructive habit.

It’s also likely that you have been successful in fooling the people closest to you. They’ll take your energy at face value, which can mean that you’ll feel like they don’t really see the real (and slowly imploding) you.

To combat this forced jollity, first you have to recognize it. Are you tired when you find yourself alone? If so, the next step is to realize that it’s an artificial emotion. The next time you find yourself putting it on, try to pinpoint why you feel that way. Why are you trying to hide your true current state? What would happen if you didn’t?

5. You turn down offers for help.

Self-destructive people, like injured cats, will do their best to pretend they’re OK. The reason, like injured cats, is because they’re worried they’ll get hurt worse if they let anyone know. This trait manifests itself in refusing any and all offers for help, no matter if it’s as simple as help with preparing dinner, or as useful as offering to help network for a job.

This is a misguided attempt at self-preservation. Life may have taught you that opportunistic jerks are there to take advantage of your weakness, so you shelter yourself from this perceived threat by offering a thick and robust denial to all offers of assistance, because you’re doing great all on your own, actually.

The truth is humans are social creatures. We were never meant to go it alone, and bad things happen when we try. We round out each others’ weaknesses and make each other strong. By refusing help from others, you’re shooting yourself in the foot. The scientific journal Natureputs it best: “Human beings are a social species that relies on cooperation to survive and thrive.”

Instead of trying to convince everyone and yourself that you don’t need help, look at it as an opportunity to let someone help you instead. Research shows we like to be perceived as useful to others, and it may be easier to get used to it if you see it as you doing them a favor, rather than yourself.

6. You continually sacrifice yourself for others.

Being a martyr is so self-destructive it’s almost a trope — and it actually shows up in Wikipedia’s page on self-defeating personality disorder. “It’s a way for you to tickle that part of your brain that, for whatever reason, needs you to put yourself in danger, risk, or even just inconvenience to prove that you have value as a person. And of course, it’s never enough. You do it all the time.

The upshot of constantly putting others first is draining to you, emotionally. It’s also dangerous because it means you have an excuse to shirk healthy boundaries, all in the name of helping someone else.

The main cause of this behavior is the need to please others in a way that costs you something so that you can feel needed, while simultaneously avoiding the fact that you’re giving up actual chances to make yourself happy by pursuing your goals and dreams.

Therefore, the only way to learn how to stop doing this is twofold. You have to tell yourself no when you get the urge to self-sacrifice and replace it with a selfish action. If you feel the need to spend five hundred bucks buying your partner something you know they’ll love but don’t need, try instead spending just a fraction of that money (or time, energy, anything else) on yourself.

Self-sabotage is insidious behavior that’s hard to identify and even harder to root out. For that reason, it’s easier to pick out certain symptoms that may resonate with you, and then work on changing them, rather than just trying to become less self-destructive.

The good news is these habits don’t mean you’re broken, or that there’s something intrinsically wrong with you. The reason people act self-destructively is usually that it’s a coping mechanism gone awry combined with a lack of self-esteem.

The signs are obvious once you know what to look for: it’s a perpetual disregard for personal wellbeing, a reluctance to accept help from others, and a constant pressure to set yourself up to fail. You accomplish this by severing yourself from others, realistic goals, and even your own emotions.

Once you’ve noticed any of these traits, you can begin to work on addressing them.

It won’t be easy to recognize you’re the one holding yourself back, but it’s the only thing that will let you move forward in a happy, healthy life — and let you believe you deserve it.