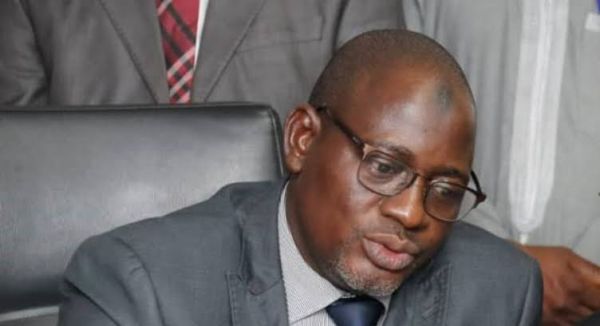 President Muhammadu Buhari appointed Mani as FIRS chairman after Fowler’s appointment was not renewed on December 9, 2019.

At an interactive session with newsmen, Nami also disclosed that some “big men” in Nigeria do not pay taxes, just as he added that there were some service providers who collect taxes but fail to remit such to government coffers.

He also said in 10 months, FIRS collected N4.178 trillion representing 98 percent of prorated revenue target of N4.230 for the period.

He explained that for 2020, revenue target for FIRS was put at N5.776 trillion and added that but for the tax palliative granted to small businesses during the period, FIRS would have fully met and probably surpassed its target.

“…We actually met a lot of debt; N20 billion and what we have prioritised is paying them in installments and as it is today, we’ve gone past re-paying about 50 percent of that debt. That was what we saw officially. “Unofficially, we met a debt of about N18 billion which was borrowed from our Special Projects Account.

“Today, we’ve refunded about N11 billion to that account….

“There are big men in this country that are not paying…evading taxes… We’ve concluded one investigation in Lagos. I was in Lagos for one week and we discovered that there are service providers, let me not be specific, who work for some of our taxpayers but they collect Valued Added Tax and do not remit (to FIRS). There are people that are so big in this country but assessments have been raised, in billions of naira and sent to them (to remit) to us…We’ve attached the invoice we saw in such organisations. I said ‘just give us the money. They know they can’t come near us because we don’t tolerate such things.”

He disclosed that some of the innovations which the service embarked upon in the last one year since he was appointed like deploying adequate information and communication technological tools, segmenting taxpayers into micro & small, medium and large as well as working closely with stakeholders such as tax agents, Federal Ministry of Finance and National Assembly.