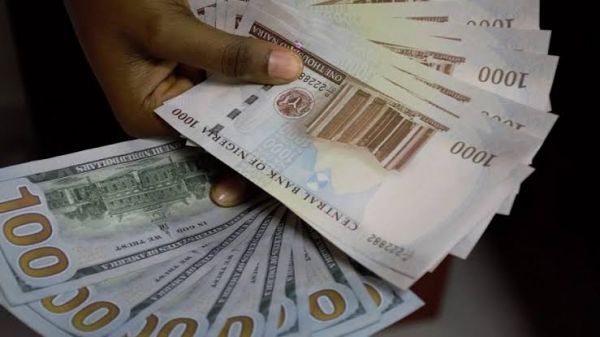 Naira exchanged to the dollar for 483 in the parallel market on Monday.

This was despite the regular interventions in terms of forex injections by Central Bank of Nigeria.

Bureau de Change operators have blamed the depreciation of the naira on the activities of speculators.

The President, Association of Bureaux De Change Operators of Nigeria, Aminu Gwadabe, said speculators would lose money as CBN had enough reserves to fund the market and defend the naira.

He noted that the naira had, in the last few days, depreciated in the parallel market, but had remained stable at N379 to the dollar at the official CBN rate.

According to Gwadabe, with nearly $36bn foreign reserves, CBN has what it takes to punish the enemies of the economy forcing the naira to depreciate through speculative activities.

He said CBN Governor, Godwin Emefiele, had continued to take the right steps to achieve exchange rate stability and ensure that foreign exchange was made available to manufacturers and end-users, who needed the funds for their medical trips, school fees payment, and travel allowances, among others.

According to him, funding of BDCs had also helped to deepen the forex market and reduced the level of forex scarcity that always formed the basis for speculative activities.

He said that with CBN having the needed financial strength to fund the market, the rates would soon converge to save the naira.

Gwadabe said exchange rate unification would further narrow the gap between official and parallel market, as being canvassed by International Monetary Fund and the World Bank because it ensured positive transparency, clarity of direction and drastically reduced speculative demand for the naira.

He said, “I think that CBN, by pushing the official foreign exchange rate from N306 to N379 to dollar, is in line with market demand.

“It has also helped to narrow the official-parallel market rates gap that formed the basis of ridiculous speculations among unpatriotic forex dealers and spectators.”

He also called for the BDC operators’ liquidity ratios to be raised to discourage dollar holdings.