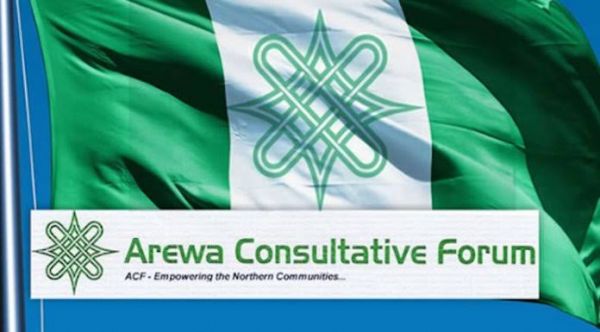 Muhammadu Buhari over the rising insecurity in the North.

ACF, in a statement titled, ‘ACF condemns endless killings in the North’ issued by its spokesman, Emmanuel Yawe, urged the President to live up to his oath of office.

Also on Monday, President of Academic Staff Union of  Universities, Biodun Ogunyemi, in an interview with The PUNCH, linked the high level of insecurity in the country to the latest economic recession.

While the wife and a daughter of a worker of the university later escaped following a gun battle between the kidnappers and the police, the university worker was taken away by the bandits.

This came on the heels of Saturday’ release of nine students of the university kidnapped on Abuja-Kaduna road last week.

Director of Public Affairs of ABU, Auwalu Umar, who confirmed the Monday incident in a statement titled, ‘armed kidnappers invade ABU, abduct staff member on Monday,’ said, “At about 12:50am on Monday, 23rd November, 2020, kidnappers invaded the house of a staff member of the University on Sardauna Crescent, Area BZ, main Campus, Samaru, Zaria. They went away with him along with his wife and daughter.

“The university security division quickly informed the operatives of the Police Intelligence Response Team that advanced to the scene following the distress call.

“There was an exchange of fire between the kidnappers and the mobile police operatives.

“When it was clear that they would be overpowered, the kidnappers ran into the bush along with the victims.

“As the police went after them up to Kasuwar Da’a village bordering the university, the kidnappers then released the wife and the daughter and went away with the husband. Some empty shells were recovered from the scene.

“Inspector General of Police and other security agencies, as well as all relevant government establishments have been duly informed of the unfortunate incident.”

According to the statement, “the vice-chancellor urges the University community to remain calm and vigilant to avoid the recurrence of the incident.”

Recall that students from Department of French, were travelling to Lagos for a programme at Nigerian French Language Village (NFLV) in Badagry when they were abducted along the Abuja-Kaduna road last Sunday by gunmen.

One of the students, Dickson Oko who escaped with a gunshot wound said the kidnappers had contacted families of the students demanding N30m each for them to regain their freedom.

But it was reported that the kidnappers reduced their demand to N1m each for the nine students before their release.

In its reaction, the ACF expressed anger over the spate of insecurity in the North.

They pointedly directed the anger at the President over the sundry attacks by bandits.

The forum also knocked Police Affairs Minister, Muhammad Dingyadi, for saying that the activities of  bandits had been checked in the North.

It also condemned the abduction of the nine ABU students and the subsequent payment of ransom by the parents.

He said, “We feel there is no need to call on Buhari to live up to his oath of office. He knows more than anybody else the implications of swearing on the Quran and refusing to honour your oath to the Almighty.

“We are only for the umpteenth time conveying the anger and frustrations of many northerners to him so that he will do the needful and speedily too. It is getting too late.

“At both meetings, all states and local government representatives expressed concern over the levels of insecurity in the local areas they represent all over the North at the ACF.

“The Communique the forum issued at the end of the October meeting where we strongly and pointedly called on Buhari to give attention to the growing insecurity in the north and the whole of Nigeria reflects the desperate and exact feelings of the whole North.

“Sadly since our meeting in October in Kaduna, the security situation is getting worse. There have been serial killings of more people in the North by the bandits whom the Minister of police claimed falsely have been defeated.

“Even as the Minister was claiming falsely, whether in ignorance or deliberate, victory over bandits, 12 Police superintendents on official duty from Zamfara to Kano were overpowered by superior tactics and force while driving in a convoy and abducted with a heavy ransom demand on each policeman’s family.

“Apart from that the bandits mounted four road blocks on Kaduna-Abuja road which the police have claimed severally that they have liberated from bandits.

“News reports by the media speak of many dead and several others taken away by bandits for ransom. Nine students of French at Ahmadu Bello University Zaria on educational tour were taken away and a whooping ransom of N270m placed on their heads. Three escaped with gunshot wounds.

“The police are now claiming they have been rescued. Given the level of distrust in security forces, we cannot vouch for what happened.”