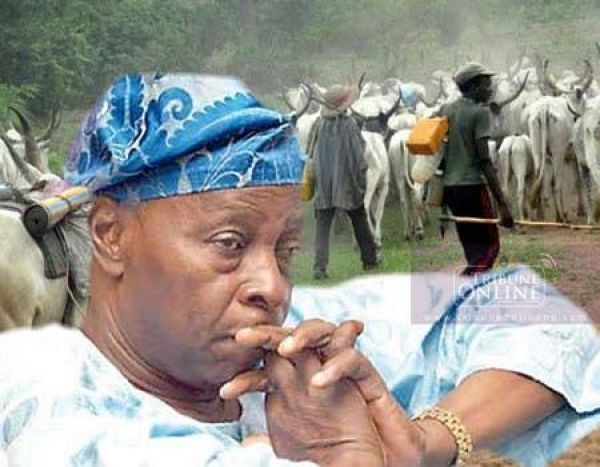 A former Minister of Finance, Olu Falae, has complained about fresh attacks by herdsmen on his farm in Akure, Ondo State capital.

Falae, also a former Secretary to the Government of the Federation, said the invaders destroyed and harvested crops worth millions of naira in his farm.

His complaints are contained in a letter addressed to Director General of Ondo State Security Network, known as Amotekun Corps.

He said the attacks had been in a series for the past three weeks.

He explained that he had reported to the police and the Ondo state chairperson of Miyetti Allah but nothing has been done to change the situation.

“Policemen were deployed to my farm. They drove the bandits away but the following day after the police had left, the herdsmen returned to the farm,” said Falae.

“They stole some crops, and destroyed the ones they could not take away.”

The herders were also alleged to have attacked the residence of the farm workers with dangerous weapons and chased them away.

One of the workers said he escaped through the window when the herdsmen arrived at their residence.

He said the herdsmen allegedly ransacked their rooms and took away their belongings including cash and cutlasses.

The elder statesman is seeking the assistance of the Amotekun Corps to curtail activities of the invading herders.

Police Public Relations Officer, Tee Leo-Ikoro, said he was not aware of the attacks, and was not sure where the matter was reported.

However, Director General of Amotekun, Adetunji Adeleye, confirmed that the corps had received the letter from Falae.

He said he would only discuss further on the matter after investigations were concluded.

“Discussing further on what we intend to do could jeopardise the investigations,” he said.

Falae was in September 2015 kidnapped by herdsmen from his farm in Ilado Village after several complaints of grazing of his farm by the herders.

He was dragged from his farm into the bush and was only released after a ransom of N5 million was paid.

The suspects were later arrested and prosecuted by the police with seven of them sentenced to life imprisonment in 2017.