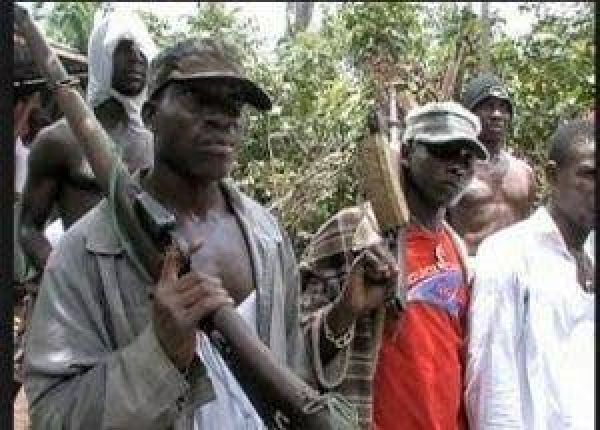 Two farmers and one farm worker abducted by Fulani herdsmen for four days in Ogun State, have said their abductors mocked the police and collected N3.5m from them as ransom before their release.

The farmers said the abductors, numbering about nine and armed with AK-47 rifles, invaded their farms in Tilele village, Ijebu-Igbo, in the Ijebu-North Local Government Area of the state and whisked them away into the bush.

The farmers, Oriade Wasiu and Rasheed Abimbola, and the Beninois farm worker, as simply as Agbetan, were kidnapped by the hoodlums on October 31 and released four days later.

The kidnappers demanded N100m as ransom, but later reduced it to N50m.

Wasiu told our correspondent that the herdsmen told the victims that they were hired to kill them, but asked for N100m to spare them, adding that they later changed their mind and reduced the ransom demand to N50m.

Both Wasiu and Abimbola narrated that they were released on the fourth day after they had been seriously beaten and their relatives paid N3.5m.

Abimbola said they were dispossessed of all their valuables and spent four days in the bush feeding on only garri.

Wasiu stated, “We were on the farm on Saturday, October 31, 2020; we are three who bought the land for the farm; two of us were on our farms, because the farms are in a cluster. My elder brother and I were on the farm, but my friend was not there. As I was making an attempt to open the gate, I saw two of the herdsmen with guns; they had hoods covering their faces with only their eyeballs visible.

“They firstly told us that they were hired to kill us, but if we could provide N100m, they would spare us. The following day, they reduced it to N50m. They spoke in pidgin English. They beat us before and after they allowed us to speak with our relatives on the phone.

“They beat us every day till Tuesday evening when they released us. They kidnapped three of us. My elder brother and I, and one of my friend’s workers. He tried to escape, but he was caught in the bush.”

Wasiu added, “They collected N3.5m. Our families tried to rescue us, but the herdsmen did not stay up to 10 minutes at a spot before they took us to another place. All efforts of the police proved abortive. My friend provided some money and our family members contributed.

“The kidnappers were nine. They are between the ages of 20 and 30. They were very active and were not tired at all. We could not withstand what we went through.”

Also sharing his experience, Abimbola said the herdsmen carried sophisticated weapons, adding that they mocked the policemen, who were called to rescue them.

He said after their release, the police stated that with the type of guns the herdsmen were using, only the defunct Special Anti-Robbery Squad operatives could face them, but that the citizens had rejected them.

Abimbola noted that when the herdsmen heard the gunshot by the police who came to rescue the captives, they mocked them by saying the police were using bangers and not guns.

He stated, “They were young men and six of them were armed with sophisticated weapons. We spent four days in the bush. We were fed with two tin cups of garri. They started giving us food on Sunday night; one meal on Sunday and one on Monday. It was God who saved us. They asked for N100m and we were able to provide N3.5m.

“The police told us that with the kind of guns the herdsmen were using, only SARS could face them, but that we had rejected the SARS operatives.

“The herdsmen mocked the police that they were using bangers and not guns.”

While appealing to the government for security around their farmland, both Abimbola and Wasiu said they had not gone to their farms for fear of herdsmen attacks.

“We have abandoned our livestock. We want the government to provide security,” Wasiu added.

The PPRO said the police decided not to engage the kidnappers in a gun duel so as not to endanger the lives of the victims.

He stated, “The day they were kidnapped, the police engaged the abductors in a gun duel. But we decided not to engage them further so as not to endanger the lives of the victims.

“The police cordoned off the whole area and the herdsmen could not move away from where they were in the bush.

“Everywhere they went, they met the police and this led to the quick release of the victims.

“We are on the trail of the kidnappers. We will ensure that we get them. We have arrested many kidnappers after they release their victims.”