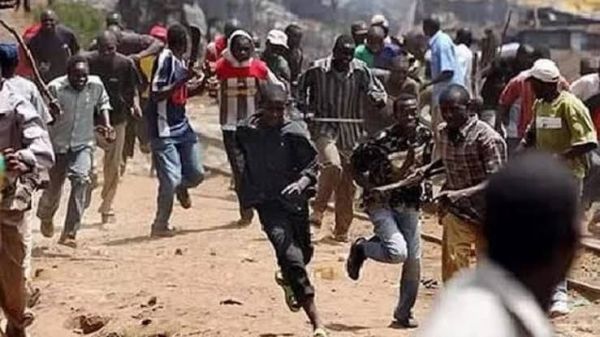 Residents said the incident happened at Dutsen Gari community of Kanoma District of Maru. They said dozens of militants wielding sophisticated weapons arrived the community on motorbikes, shooting to scare and kill.

The attack occurred a few days after Zamfara governor, Bello Matawalle, welcomed the deployment of over 2000 special police constabulary drafted to the state to reinforc security in vulnerable communities.

They invaded the mosque dispersing the congregants and abducting over 40 persons including the Imam, a resident said, asking not to be named for security reasons.

He said many of the residents fled to the bush with bullet wounds and later returned from their hiding before going for treatment after the gunmen had left with many other congregants.

”The gunmen, on their way to Dutsen Gari community, freely attacked neighboring communities, rustled livestock and killed many before reaching our community unchallenged,” he said.

Police in Zamfara said the gunmen earlier disguised as congregants in the mosque and later dispersed residents with gunshots killing five of them.

The police, however, said only 18 persons were abducted.

Police spokesperson in Zamfara, Muhammad Shehu, told reporters that two persons died instantly following the gunshots while three others died while receiving treatment in the hospital.

Police officers have been drafted to the area to trail the fleeing bandits, the spokesperson added.

Zamfara is one of the North-west states affected by repeated bandit attacks. Others include Kaduna and Katsina.