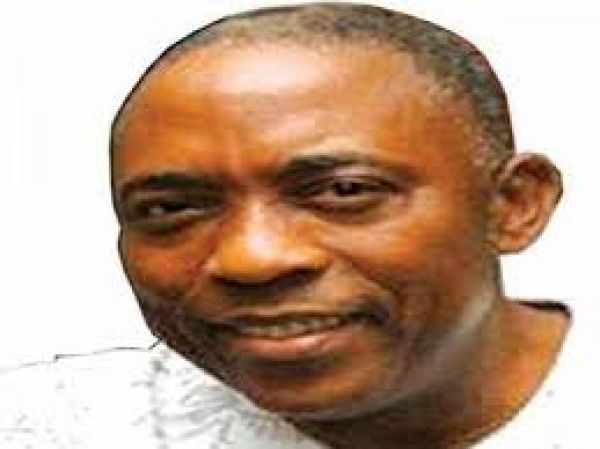 Dayo Alao was a good man. He was a man of disarming simplicity and integrity who valued Christian ethics of love and charity. His presence commanded respect. He was a man of vast knowledge and great humility who focused his energy in changing our land. He was one of those few men and women who had moved from the intoxication of the newsroom to the soberer pursuit of academics. In his last assignment as Vice-Chancellor of the Adeleke University, Ede, he devoted his time and energy to creating an iconic institution whose physical beauty is one of the best among private universities in Nigeria. He had an excellent taste. It is a pity we lost him so early. His sudden passage on November 14 came as a rude shock. He lived well and fruitfully.

Alao was a reporter of the old Daily Times where he rose to become Chairman of the Editorial Board. About 10 years ago, I was pleasantly surprised when I met him at Babcock University, Ilishan-Remo, Ogun State, where he had become a professor of Mass Communication. Deji Adeleke, the billionaire businessman, was one of the big backers of Babcock for many years. Adeleke’s late wife was also a teacher in the school.

One day Alao had accompanied Adeleke to visit the National Universities Commission, NUC, where they met Julius Okojie, then the Executive Secretary. They had come to make enquiry about how to start a private university. Okojie knew Alao but he was meeting Adeleke for the first time. He looked him over. Adeleke was wearing a simple tee-shirt and trouser. Okojie was skeptical about this team. He told them that starting a private university in Nigeria is not a tea party.

Alao later became the second V.C of Adeleke University where he led his team to transform the dreams of the proprietor into reality. I was a regular visitor to Alao’s office where he always welcomed me warmly. In one of my visits last year, while I was still discussing with him, Deji Adeleke sauntered in unobtrusively. Theirs was a great combination. Both Alao and Adeleke believe that knowledge is the ultimate instrument of social engineering and national progress. Alao’s sudden exit is a big blow to the Nigerian media and the academic community.

Like Alao, Balarabe Musa, the first elected governor of old Kaduna State, was also a believer in the power of knowledge. Musa was the first governor to be impeached in Nigerian history. He was elected governor of Kaduna State in the 1979 general elections on the platform of Peoples Redemption Party, PRP, under the leadership of the radical teacher, Aminu Kano. However, Kaduna State House of Assembly was dominated by members of National Party of Nigeria, NPN, who had more than two-third majority. It was a combustible combination and the NPN majority in the House used every opportunity to hurt him. They refused to approve the list of his commissioners and failed to pass his budget. The Governor would not bow. When they set up an impeachment panel, Governor Balarabe Musa refused to defend himself before it. He was impeached in 1981 and the Deputy-Governor, Musa Abba Rimi, became Governor.

Despite his travails, Balarabe remained alive in the imagination of his countrymen since then. Remember that the NPN governorship candidate he defeated in 1979 was the powerful Umaru Dikko who served in the cabinet of President Shehu Shagari as Minister of Transport. He and his Kano State counterpart, Governor Abubakar Rimi of the PRP, favoured joining the Progressive Governors meeting against the advice and directive of the party leader, Aminu Kano. The two of them defied their leader and defiantly broke away to form the Eagle-PRP. Since then neither of them ever won any electoral contest.

Till the very end, Balarabe remained stubbornly consistent in the pursuit of the common good. He remained an ideologue of Aminu Kano, espousing women right in the conservative male dominated Hausa and Fulani heartland of the old North. His passage draws a curtain on the inner-circle of Aminu Kano and his breed of politicians who tried to challenge the hegemonistic politics of the Fulani oligarch and their sometimes willing Hausa subject.

It was his revolt against another kind of oligarch that brought Jerry John Rawlings to the limelight. Rawlings, who died last week at 73, was a starry-eye flight-lieutenant of the Ghanaian Air Force when he made an unsuccessful attempt to topple the regime of General Fred Akuffo. His team was made up mostly of non-commissioned officers and soldiers. It came at a time when Akuffo was making preparations to hand-over power to an elected successor. General elections had been scheduled to take place within five weeks.

Unexpectedly Akuffo decided to make the trial of Rawlings and his gang open to the press and the public. Rawlings saw his chance and he seized it. He refused to defend himself, but blamed Ghana’s woes on the misrule of the elite class in politics and the military. He announced that he was ready to die for Ghana. His voice resonated round the country and Ghanaians felt that indeed their country could be better if only their leaders were competent, patriotic and less corrupt. Expectedly, he was sentenced to death and condemned to live the rest of his life on the Death Row in Accra Maximum Security Prison.

On June 4, 1979, a group of soldiers stormed the prison and rescued Rawlings, proclaiming him the new Head of State. It was a miracle of biblical proportion and many Ghanaians, tired of the staid political and social climate, welcomed the drama with gusto. They found the new man a master of the art of public communication and propaganda. He exuded passion and raw patriotism. But there was a darker sinister side.

He set up a 15-member Armed Forces Revolutionary Council, AFRC, made up mostly of junior officers. Rawlings then ordered the arrest of many top military officers, including three former Heads of State, and put them on trial. Eight of the officers were executed including General Kutu Acheampong, General Fred Akufo and General Akweisi Afrifa. Among senior officers executed were Generals Kotei, Joy Amedume and Roger Felli. It was a period of great excitement for Ghanaians for nothing excites the populace than real life drama.

The international community was appalled by the development in Ghana and insisted that the transition to Civil Rule programme must go on. Therefore, Rawlings and his team were in power for only 112 days before they handed over power to elected President Hilla Limman on December 31, 1981. It was a testy period.

Limman came under great pressure to bring Rawlings to justice for the killings of the top military officers. They claimed that when Rawlings was charged for treason he was arraigned before a proper Court Martial. Why did he deny the executed officers the same right as dictated by the Ghanaian Army Act and the Constitution? Moreover, while he accused the officers of corruption, he did not provide any evidence of corrupt enrichment to the public.

Limman was in a dilemma who regarded Rawlings as his benefactor. Besides, Rawlings was still immensely popular with the military and among the general populace. On December 31, 1981, Rawlings ended the Limman dilemma when he toppled him in a dawn coup.

Rawling’s second coming was to prove very eventful. This time around, he had no plan to hand-over power to any elected government and he started dressing in the military fatigue favoured by international revolutionaries like Fidel Castro and Muamah Gadhafi. He faced serious opposition within the Ghanaian political and military elite class and he dealt with them viciously. He was accused of setting up a killer-squad which seized and killed more than 300 opponents of his regime. Three justices of the Supreme Court; Cecilia Koranteng-Addow, Frederick Sarkodie and Kwadjo-Agyei-Agyepong, were among those killed. Many military officers also faced similar fate. The international community succeeded in persuading Rawlings to finally end his almost two decades in power on the promise that no reckoning would be made of his alleged killings.

Despite his long stay in power which finally ended when he handed over power to President John Kuffor in 2001, nobody ever accused him of stealing public fund. His ascetic life style and personal integrity percolated the Ghanaian public space and therefore corruption on a large scale is no longer a threat to Ghana. Can we say the same thing about Nigeria?