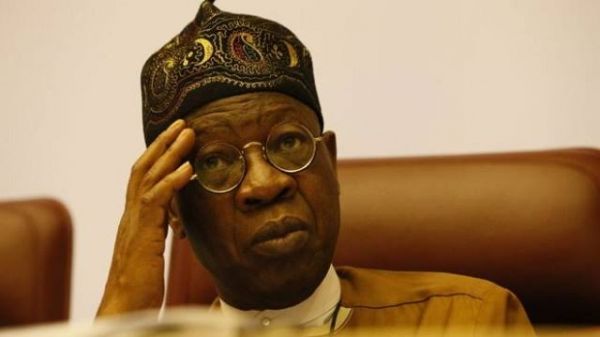 Minister of Information and Culture, Lai Mohammed, has been criticised by Nigerians after he said CNN should be sanctioned because of the investigation on the Lekki shootings it published on Wednesday.

The minister, on Thursday, during a briefing on the aftermath of the protest, said the international news organisation should be sanctioned for the report.

Here are some of the reactions:

“How exactly does Lai Mohammed plan to sanction CNN?

Rather than take the findings from the investigation and do something about it, your plan is to cast aspersions on CNN.

All the comedians in Nigeria should resign, we have comedy for days. The only problem is we’re not laughing” wrote Aproko Doctor.

A discredited govt of shameless liars, criminal murderers and clueless morons calls a global television network “irresponsible” for exposing their evil to the world.

They are trying so hard to shut down every evidence against them, I can’t wait to get out of this bondage of a country” AsiwajuLerry.

“Lai Mohammed said CNN should be sanctioned, Who will sanction the government for freezing bank accounts illegally?

All Lie Mohammed knows is to disseminate false information, Minister of lies!!!” VictorBabatunde.

“Lai Mohammed wants to sanction CNN. Imagine if CNN were under their control? This shows the gag around the necks of our journalists in this country. It’s worse than we thought” Ifeabunike.