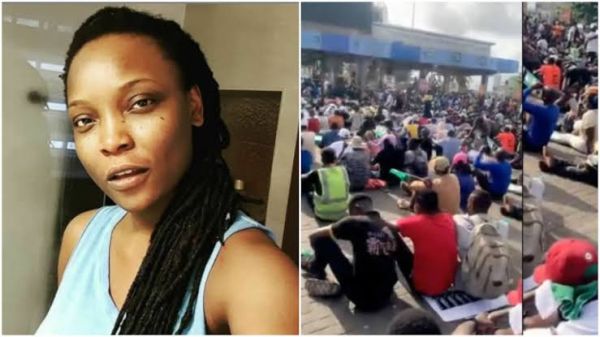 Federal Government says DJ Switch (real name, Obianuju Udeh) is “a fraud and a front for divisive and destructive forces’’ that will be exposed in the fullness of time.

Minister of Information and Culture, Lai Mohammed, stated this in Abuja on Thursday while speaking on the role the Nigerian disk jockey played on the alleged Lekki tollgate “massacre” of October 20.

He said: “even when she claimed to have authentic evidence of mass killings, surprisingly, instead of presenting whatever evidence she may have to the judicial panel of inquiry into the protest, she chose to escape from the country under the pretext that her life was in danger.

“I ask: in danger from whom? The military has come out to say they never sought after her.

“To the best of our knowledge, the police never declared her wanted.

“Her conduct thus becomes suspect. Who is she fronting for?

“What is her real motive? Who are her sponsors? If she has any evidence of killings, why is she not presenting it to the panel?

“If she was so desperate for asylum in any country, does she have to resort to blatant falsehood to tarnish the image of the country just to achieve her aim’’?

The minister appealed to countries that have made hasty judgments on the basis of fake news and disinformation emanating from the #EndSARS crisis to endeavour to seek and get the truth.

DJ Switch, who was among the #EndSARS protesters, streamed live the shooting at the Lekki tollgate plaza in Lagos.

It was reported that the Canadian authority granted asylum to the disk jockey after she alleged threats to her life for her action.