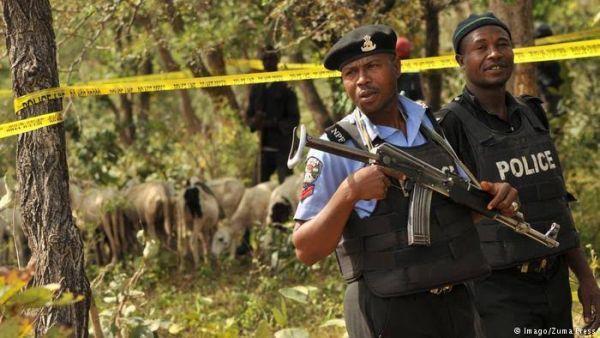 Bandits holding six Assistant Superintendents of Police captive in Katsina State for over one week are demanding N100m ransom for their release.

The ASPs were among the nine who were just promoted to their current rank. They were attached to the Mobile Police Squadron 6, Maiduguri, Borno State.

Findings on Wednesday indicated that they were demobilised from the riot unit and eight of them were on their way to Zamfara State Police Command on transfer when they were ambushed in the Dogondaji area of Katsina State and taken into the forest.

A reliable police source explained that the nine ASPs were planning to go to Zamfara State together but one of them changed his mind at the last minute while the others embarked on the trip in a commercial bus.

On getting to Kano, the driver was said to have asked them to join another vehicle as his bus had developed a fault.

The source said, “When they were released to go to Zamfara, they scheduled a day for the trip from Maiduguri, but one of them said he wasn’t comfortable with the trip and declined to join them. He said he had something to do and promised to join them in Zamfara later.

“So, the eight others left, but on getting to Kano, the driver said he couldn’t continue the journey to Zamfara, because his vehicle had developed a fault. They joined another vehicle and on their way around Dongodaji in Katsina State, the bandits accosted and kidnapped them.

“While being taken away, two of them escaped and one of them was shot in the leg though he didn’t die. He found himself at a village and the villagers took him to a police station and he was taken to a hospital. The other six officers are still with the bandits who are demanding N100m ransom.”

A senior police officer said the Commander, Mopol 6, could not account for the men when asked about their abduction, adding that he referred inquiries on the missing men to the Zamfara State Police Command.

The officer explained that the normal procedure was for the commander to send a signal to the Zamfara command informing it that he had released the nine ASPs, but he allegedly failed to follow the official procedure.

The source stated, “The problem came from the Commander, Mopol 6, their former squadron leader, who released them on transfer to Zamfara. He was supposed to relay the information on the kidnap incident, but he said he didn’t know about it when he was asked; instead, he referred inquiries to Zamfara State Police Command.

Findings indicated that the families of the missing police officers were anxious about the safety of their breadwinners following the N100m ransom demanded by the bandits.

It was learnt that the families were attempting to raise N3m for the release of the captives or N500,000 each.

Force spokesman, Frank Mba, had yet to respond to inquiries on the incident as he did not respond to calls and SMS sent to his mobile telephone as of the time of filing in this report.

When contacted by one of our correspondents, one of the officers, who escaped from the abductors, said he was too weak to recount the incident.

“I have high BP (blood pressure); I just came back from a check-up. I cannot remember everything now. The incident happened on Sunday along the Katsina-Gusau Road,” he simply said.

Public Relations Officer, Borno State Police Command, Edet Okon, said there was no reported case of policemen from the command being abducted, adding that the alleged victims were no longer serving at the command because they had been transferred.

“Borno State Police Command has not received any signal in respect of her officers being abducted. The alleged abduction of officers is still unknown to us as we have yet to receive any alert on the matter. That is the official position of the command as of this moment,” Okon stated.

When one of our correspondents visited the Mopol 6 base in Maiduguri, he observed that police personnel were overwhelmed by the kidnap of their colleagues, which came weeks after some of their men were killed and several others injured during an attack on the convoy of Borno State Governor, Babagana Zulum.

The mood in the barracks was very sober with little or no activity going on except for a few anti-riot policemen in uniform clustered in groups obviously discussing the incident.

It was gathered that some personnel of the command were recently attacked at Bama Local Government Area of the state and the latest development had dampened the morale of the policemen.

Except for the command headquarters, where some cops were sighted sitting under trees and in other strategic locations, the entire barracks, which houses a police training college, state police command and Mopol 6 base, was scanty.

Meanwhile, Nigerian Air Force, on Tuesday, launched a major offensive against bandits along Abuja-Kaduna Expressway, killing many of them in their camp.

The operation followed intelligence reports indicating that a cluster of huts and other structures at the location served as hideouts for a notorious bandits’ leader, ‘Major’, and his fighters.

The Defence Headquarters explained that six NAF aircraft undertaking five missions in a total of 13 sorties carried out a dawn raid on the cluster of huts.

This is coming 24 hours after bandits killed five persons and also kidnapped 10 others on the road.

Eight students of the Ahmadu Bello University, Zaria, were also abducted by bandits. They were among the 300 French Language students travelling to Lagos for a programme at the Nigerian French Language Village.

Their abductors reportedly demanded N30m ransom on each of them.

It said, “The first wave of the air component’s air strikes, which involved six Nigerian Air Force aircraft undertaking five missions in a total of 13 sorties, commenced at dawn and targeted the cluster of huts housing ‘Major.’

“The attack aircraft hit some of the target structures and neutralised some of the bandits.

“The second wave of attacks was executed by NAF helicopter gunships, which while continuing to engage the bandits’ location, also provided close air support to the land component as they advanced from Kagarko via Kuku into the bandits’ enclave.

“This paved the way for the ground troops to overrun and destroy the camp without effective resistance from the bandits.”

The DHQ further explained that a NAF Intelligence, Surveillance and Reconnaissance aircraft provided situational awareness for the troops throughout the operation.

The military high command commended the troops for their professionalism and urged them to remain resolute in the conduct of operations against the bandits.

Some bandits reportedly ambushed members of the Kaduna State Vigilance Service at Dande village on their way from Damba-Kasaya in the Chikun Local Government Area of the state and killed three members of the outfit.

It was gathered that members of the vigilance service had gone to Dande village on patrol when the incident happened on Tuesday.

However, troops responded and repelled the bandits, according to the state Commissioner for Internal Security and Home Affairs, Samuel Aruwan, who made the confirmation in a statement on Wednesday.

“According to the service, bandits ambushed the personnel at Dande village on their way from Damba-Kasaya in the Buruku general area.”

Governor Nasir El-Rufai was said to have commiserated with the families of the victims and prayed for the repose of their souls, while wishing those who sustained injuries speedy recovery, the statement added.

According to the statement, the governor also commended land and air troops of the Operation Thunder Strike for a successful operation in the Kuku area, off the Kaduna-Abuja Road.

The statement said, “The governor said he received with gratitude information that the first air strikes hit some of the target structures and neutralised some of the bandits, while the second wave of attacks was executed by Nigerian Air Force helicopter gunships, which provided close air support to troops on the ground as they advanced from Kagarko via Kuku into the bandits’ enclave.

“Citizens will continue to be informed of the security situation. The government appeals for vigilance and prompt reporting of suspicious movements and activities to security agencies.”