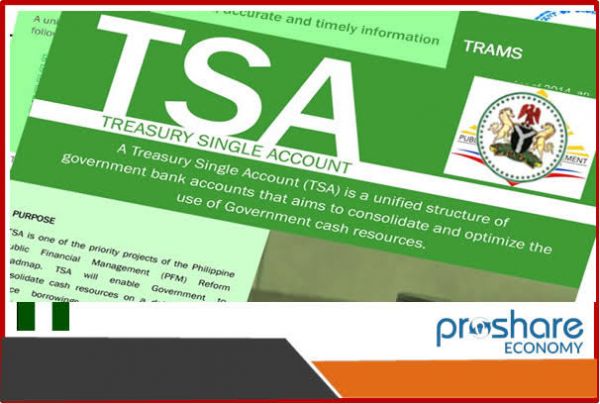 The gross accruals into the Treasury Single Account (TSA) reached over N19 trillion between August 2015 and February 2020, data from the Office of the Accountant-General of the Federation (OAGF) has revealed.

Statistics from the OAGF, highlighting the milestones of the TSA implementation, also indicated that over N6.9 billion was collected in November 2019 from the re-mapping of service types.

The federal government’s stoppage of payment for collection charges since November 2018 also further yielded an average monthly savings of N250 million to the TSA coffers, it was learnt yesterday.

Minister of Finance, Budget and National Planning, Zainab Ahmed, said yesterday that the federal government is currently saving an average of N45 billion monthly in interest payments following the implementation of the TSA.

Ahmed, who spoke during the signing of a Memorandum of Understanding (MOU) on TSA between Nigeria and the Republic of The Gambia, stated that among other verifiable benefits, Nigeria could now easily determine its aggregate cash balance, which is critical for managing public finances at a time of acute fiscal constraints.

“On the monetary policy side, we have better control over money supply and, therefore, able to rein in inflation and undue pressure on the naira. Our foreign reserves position has also recorded appreciable improvement through the consolidation of the federal government foreign currency earnings under the TSA,” she said.