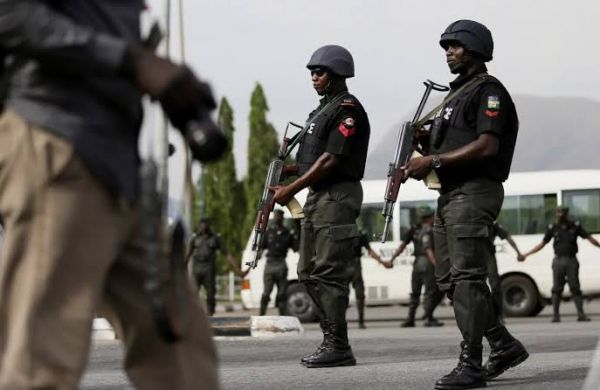 Armed riot policemen, yesterday, took over the Afrika Shrine in Lagos, restricting access into the relaxation centre to prevent a meeting of #EndSARS protesters.

Seun, one of the sons of Afro Beat King, Fela Anikulapo-Kuti, had earlier sent out flyers announcing a meeting on the lessons from #EndSARS protests scheduled to hold at the centre.

But the police wrote to the Anikulapo family, demanding that the meeting must not hold at the shrine.

Seun had shared snapshots of the letter on social media.

According to the letter, “You are hereby warned to suspend such gathering as any infraction that may emerge from this gathering will be tagged a deliberate action to sabotage the transition and restoration of peace in Lagos State by the Lagos State Government and the Nigeria Police Force.”

Addressing a handful of persons later, Seun said though they diminished the size of the event, they could not reduce the idea which was meant to birth the Movement of the People Platform.