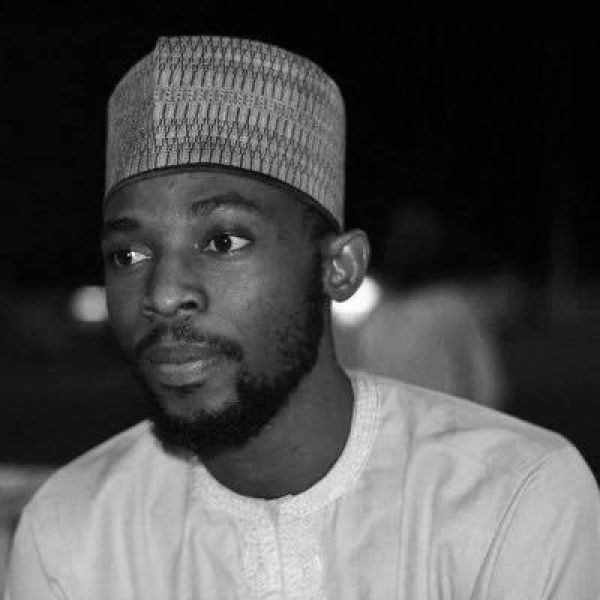 When, on November 2, the political and religious leaders of Northern Nigeria assembled in Kaduna to deliberate on the state of affairs in the region, so much was expected. Hosted by the Northern Governors’ Forum, it was intended to reassure the people of a pathway out of the cycle of killings and insecurity that had doomed the region.

In their midyear report, Amnesty International tracked some killings across the North and reported about 1,126 deaths, with at least 380 kidnapped, in just 8 of the 19 states in the region between January and July. The report recounted how, during an attack in Unguwan Magaji, Kaduna state, security forces who rushed to intervene had made a u-turn on figuring out that the bandits possessed superior weapons. When the police returned, this time more prepared, at least 17 people had already been killed.

The state with the lowest poverty rate in Nigeria, according to the 2019 Poverty and Inequality in Nigeria document of the National Bureau of Statistics, was Lagos. It recorded an impressive 4.50 percent, even though 40.1 percent of the nation’s population lived in poverty. The highest was Sokoto state with a frightening 87.73 percent of its population considered poor, followed by Taraba with 87.72 percent, Jigawa 87.02 percent, Ebonyi 79.76 percent, Adamawa 75.41 percent, Zamfara 73.98 percent, Yobe 72.34 percent, Niger 66.11 percent, Gombe 62.31 percent, and Bauchi 61.53 percent. In fact, of the 20 poorest states ranked, which excluded Borno state, 17 were all in the North. No Northern state made it to the top 5 least poor, and only one, Kwara state with 20.4 percent, made it to the top 10.

Nigeria holds the record for the most number of out-of-school kids in the world. With 13.7 million kids, most of whom are in the North, roaming the streets, redemption isn’t in sight. The kids are victims of the elite’s failure to sustain education policies suitable for their people. The consequent Almajiri system wasn’t designed to provide manpower for white-collar jobs, and the backwashes include rippling poverty, unemployment and insecurity that should dominate discussions at the Kaduna meeting.

The first response expected at the Kaduna meeting was acknowledging the role of the participants in the production of this economically and educationally disadvantaged society. The dependency of the talakawa must’ve been an eyesore, but it was poverty serially weaponized to assert northern domination in Nigeria’s political power equation. The Kaduna meeting was of the members of the highest hierarchy of this pseudo-feudal society built on “ranka ya dade” culture, where the victims of entrenched corruption and political negligence serve as the foot-soldiers of Pan-Arewa agenda that doesn’t benefit the lower classes.

The resolutions of the Kaduna meeting were an attempt to preserve the extant social hierarchy. The elite present weren’t sympathetic to the people who had buried their loved ones and restricted from travelling for fear of certain gunmen abducting them for money. Just because the feudal lords and compliant vassals seated in Sir Kashim Ibrahim House, had failed to prioritize the interests of the serfs.

The first resolution in their communique was acknowledging that the #EndSARS protests, which were a response to institutionalized police brutality, as “menace.” The second resolution emphasized this disdain, and that “the meeting rejects and condemns the subversive actions of the EndSars protest (sic).” While the third resolution was their conclusion that social media, like the protests, is a threat to the nation, the fourth was a call for protection of the federal capital—of course, the land of their loots. In the fifth resolution, they praised the state-authorized clampdowns on #EndSARS protests, even though such had resulted in deaths, arrests and now witch-hunts.

The sixth resolution asked the government to end ASUU strikes, which was spelt as “ASSU” in the communique, and proof of their disconnect from what’s kept the nation’s next leaders out of the classroom for the past eight months. But their epiphany wasn’t out of sincere sympathy, it’s the threat of the youths’ continued stay at home, and hence their positions in the seventh and eight resolutions that they must meet more frequently henceforth to replicate their “positive interventions in resolving the Endsars conflicts (sic).”

The region’s major threats, which ought to have been the reason for the meeting, was addressed in the ninth resolution, and presented as “Calls for collective effort in addressing the lingering challenges of the North e.g. Almajiri system, insecurity, illiteracy, poverty, etc. (sic).” It’s the shortest paragraph in the communique: the biggest threats to the region, which have killed lives and wrecked the local economy, stated in a throwaway sentence and reduced to etceteras.

The remaining nine resolutions, aside from one that carpeted the looting of palliatives wasting away in warehouses, were pats on the backs of the feudal lords in intercepting the #EndSARS protests. The grammatically atrocious communique was signed by the Plateau State Governor, Simon Lalong, who’s the chairman of the Forum.

Barely 24 hours after what seemed more like the elite’s bid to reassess their safety from the hoodlums they had failed to educate and had deployed in political violence, Aisha Sadiq, a pregnant woman, was killed by kidnappers and her husband killed in the host city. On the same day, Ameenah Ibrahim, was reported kidnapped around Olam in Kaduna. As I struggled to process these stories, a friend announced the story of two sisters who had spent fifteen days in kidnappers’ custody, and when their brothers went to present the ransom demanded, they were beaten up and also abducted.

In the same week of the Kaduna meeting, the Samaru residence of Rabiu Abdussalam Magaji, a professor of the Faculty of Medicine, Ahmadu Bello University, was visited by kidnappers. They left with his wife and daughter. In Nasarawa state, again in the same week, gunmen invaded a private hospital, Kunwarke Clinic and Maternity, near Federal University Lafia, and abducted five health workers. It’s the signature of the banditry that’s become a lucrative enterprise across the North.

In the same chaotic week, Katsina state Governor Aminu Masari hosted what was presented as “repented bandits,” and that they had come to surrender their weapons in exchange for amnesty. Such transactional justice had been the most convenient for Arewa’s feudal lords, for the victims of the bandits being treated as some sort of heroes, are mostly from classes beneath theirs. The elites go about their businesses in armoured vehicles and police escorts. Unfortunately, these same compromising lords prefer to treat unarmed citizens merely asking for protection from criminals in uniforms and plainclothes, as enemies of the state.

Many families in the North haven’t recovered since paying huge ransoms to have their loved ones back from kidnappers, their life savings gone in a blink. Many have lost their breadwinners to kidnapping and banditry, and have become impoverished afterwards. This is the dilemma of a region with the highest poverty and lowest literacy rate in the country as Covid-19 strikes to strip what’s left of its dressings.

But there’s no way this spate of killings, kidnapping and “permanent disappearance” would be going on, especially in Kaduna, where the headquarters of some of Nigeria’s most strategic security institutions are located, if our law-enforcement agents aren’t benefiting from them. The North has been failed by a class of rulers whose fears aren’t even the sanctity of lives and livelihoods being destroyed, but protests and social media.