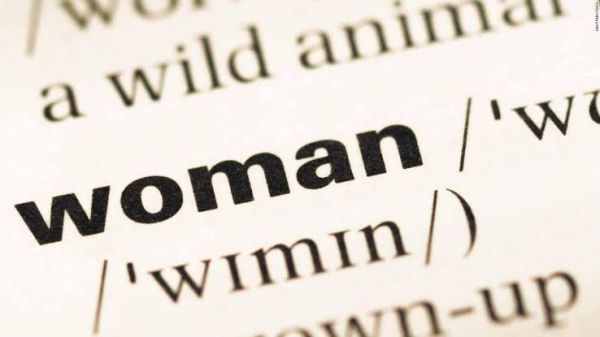 Oxford University Press has changed the definition of the word "woman" in its dictionaries after an online petition called on them to remove "sexist" language.

Oxford lexicographers examined dictionary and thesaurus entries and usage examples for the word "woman," "man" and related terms and made changes over the past few months.

The Oxford English Dictionary last year listed "wench," "piece," and other derogatory terms as synonyms for "woman," according to an online petition which called for their removal. Some of these terms have been removed while others are now labeled "offensive, derogatory, or dated."

One of the definitions was also altered to acknowledge that a woman can be “a person’s wife, girlfriend, or female lover," not only a man’s. New "equivalent" phrases such as "woman of the moment" were included to match phrases like "man of the moment."

"We have expanded the dictionary coverage of 'woman' with more examples and idiomatic phrases which depict women in a positive and active manner," according to a statement from OUP. "We have ensured that offensive synonyms or senses are clearly labelled as such and only included where we have evidence of real world usage."

Many definitions related to gender, particularly those concerning "sexual attractiveness or activity" were revised and references to gender were removed from the examples for words "typically associated with women" including housework, high-maintenance and anatomy, according to the statement.

The update was sparked by a Change.org petition started in 2019 by London-based communication strategist Maria Beatrice Giovanardi. The petition, which garnered more than 34,000 signatures, said the examples in the dictionary of the use of "woman" in a sentence show them "as sex objects, subordinate and/or an irritation to men," and the dictionary entry for "man" is far more substantive.

"This is completely unacceptable by a reputable source like the Oxford University Press, but it’s even more worrying when you consider how much influence they have in setting norms around our language," Giovanardi wrote in the petition. "This can influence the way that women are spoken about online."

Giovanardi told USA TODAY that the changes are a victory, although they do not meet all of her goals. She said she hopes to push other dictionaries with similar issues to change and be an example to other people that they can challenge institutions and create change.

"I’m very happy that they have made the changes they have made," she said. "The definition as a result is now more inclusive especially of the LGBTQ community."

OUP said in its statement that it reviewed the words listed as synonyms and derogatory or offensive terms were not listed "unless they are truly justified by usage evidence."

"Our dictionaries reflect, rather than dictate, how language is used," the statement said. "This is driven solely by evidence of how real people use English in their daily lives."

This review has developed into an ongoing project and OUP has also reexamine language on race, diversity, and the use of the pronoun "they" for nonbinary people this year, according to the statement.